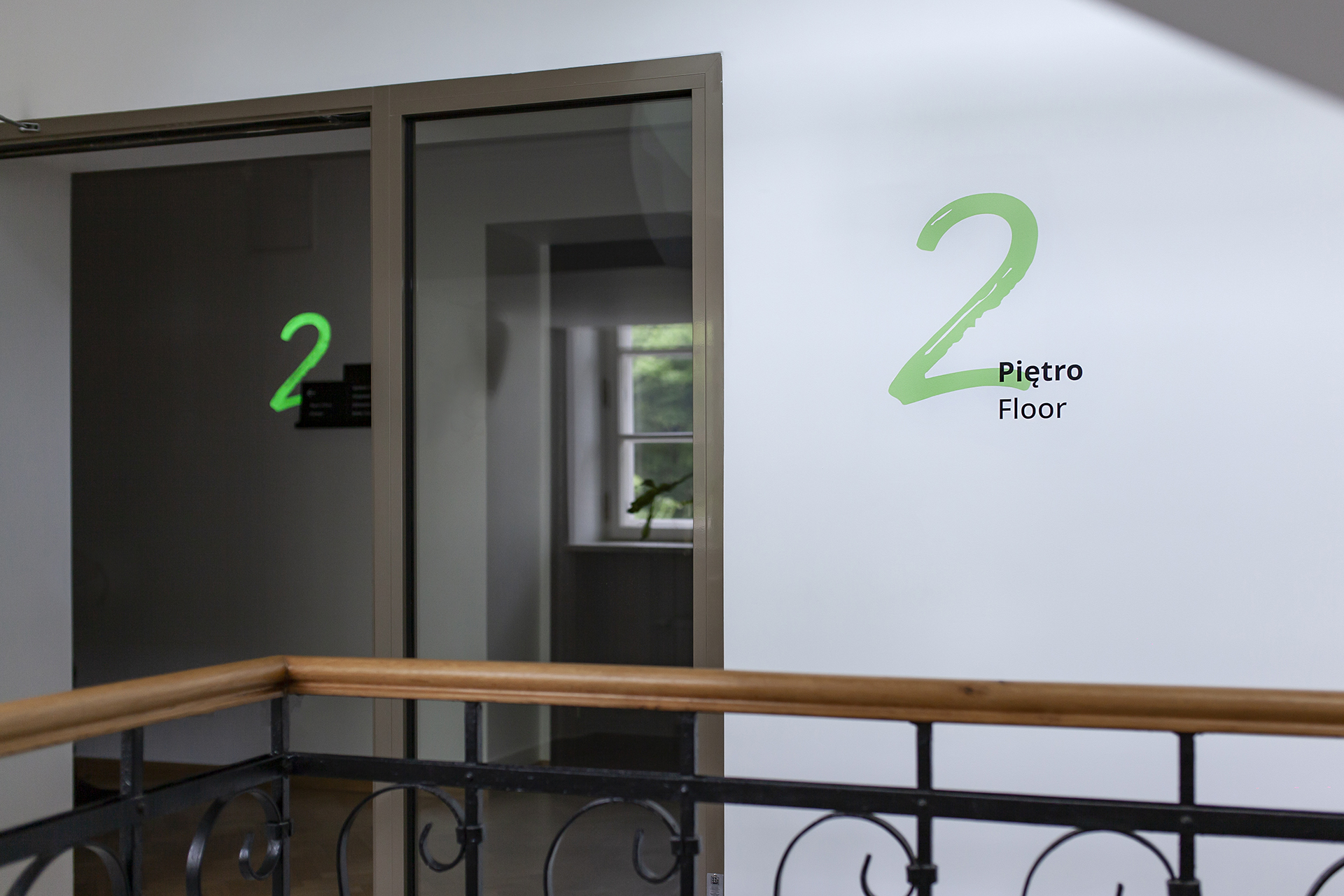 The Maria Skłodowska-Curie Museum in Warsaw is located at the place of birth of the two-time Nobel Prize winner. The Museum is situated in an eighteenth century tenement building where Maria’s mother ran a private school for girls. It is the only biographical museum of this Nobel Prize winner in the world. The permanent exhibition is composed of a substantial collection of Maria Skłodowska-Curie’s, and also her family’s, original notebooks and letters, with photographs, documents and personal research equipment. The exhibits include sculptures by well-known Polish artists. A section of the exhibition is arranged to resemble the Paris laboratory of Mr and Mrs Curie, where you can also see measuring instruments designed by Pierre Curie. A part of the exhibition commemorates Nobel Prize winners with postage stamps, medals and bank notes. The Museum acquires collections, organises periodic exhibitions, lectures, authors’ meetings, events and also undertakes publishing activities. The Museum has participated in the International Museum Nights for many years, organising chemical demonstrations and workshops. It is a patron of activities dedicated to scholars and other women of science and culture. It maintains contact with the family of Maria Skłodowska-Curie and arranges meetings with their participation.

Linking the information presented above (the client wanted to underline the fact that Museum is placed in the former school) as well as paying tribute to Maria’s greatest achievements, we came up with the simple idea of making the signage system, that will glow in the dark, emiting a characteristic green light (which is typical for uranium). We used a luminescent paint (originally used to mark escape routes), which “collects” light under normal daylight conditions. After a sudden fall of darkness, it emits a characteristic greenish glow – it can create a magical effect, which make a “wow impact” during Museum Nights! 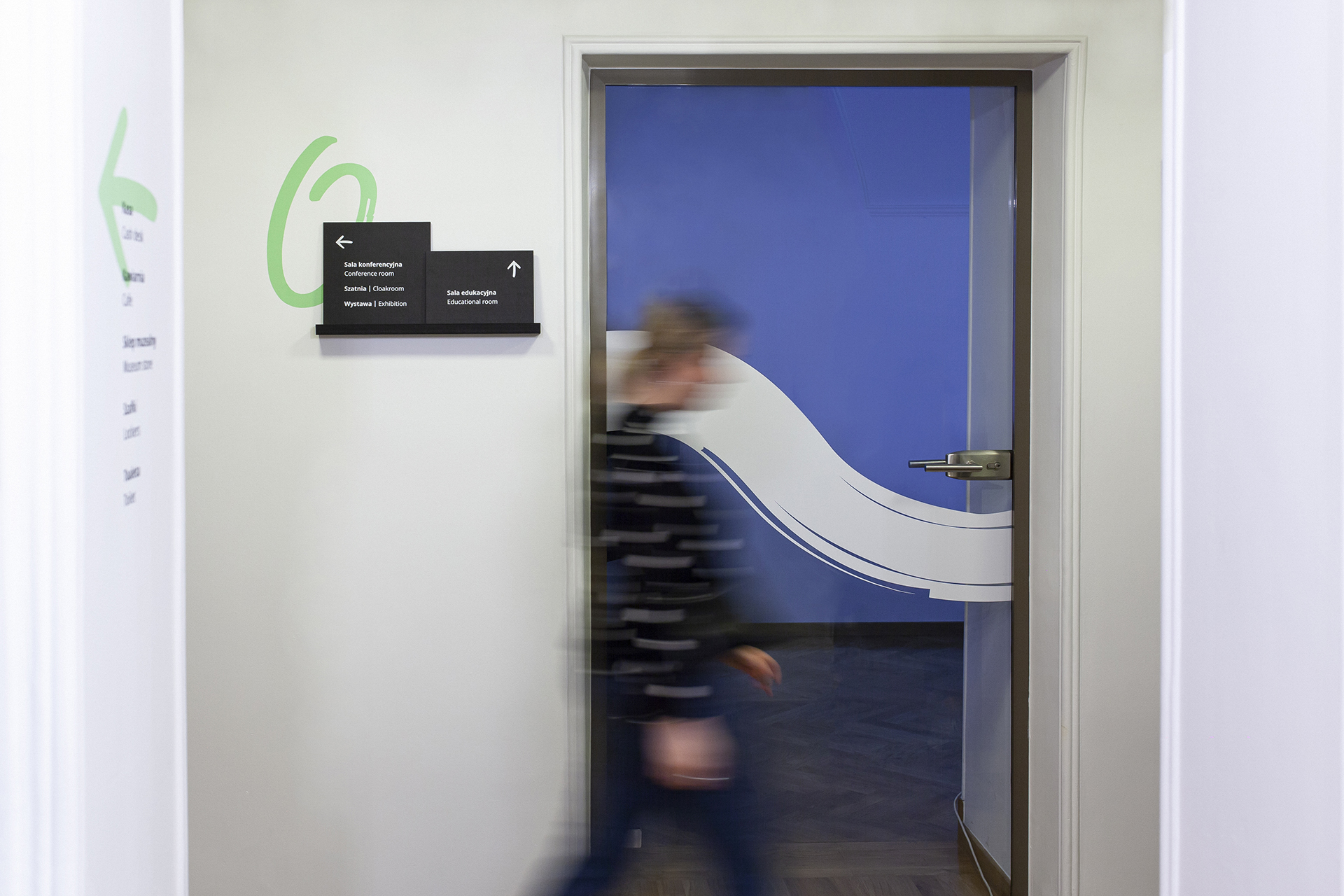 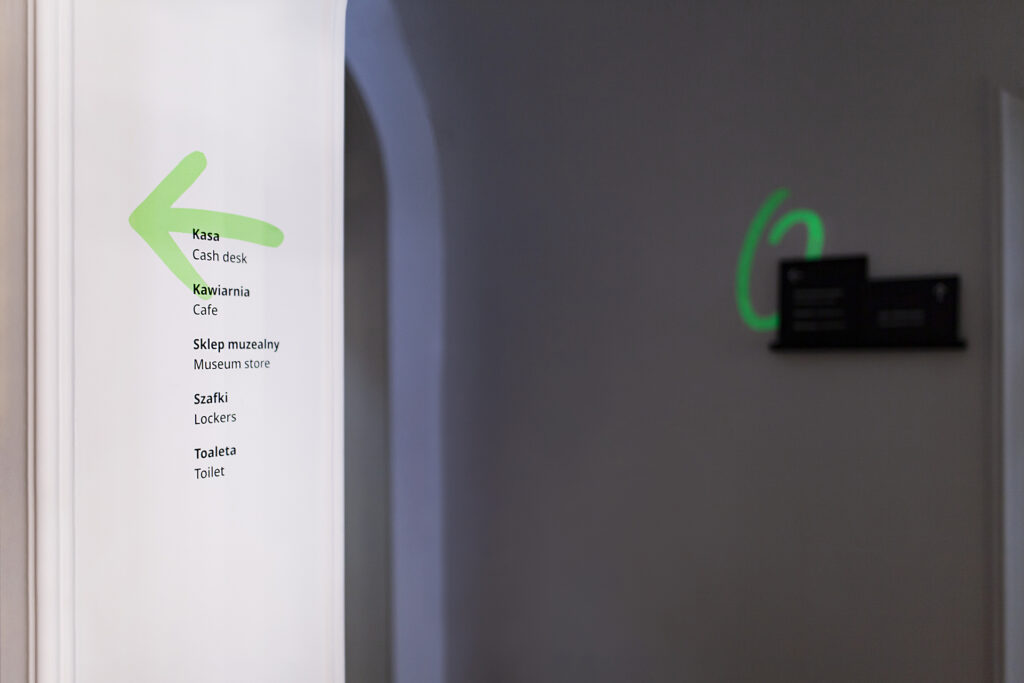 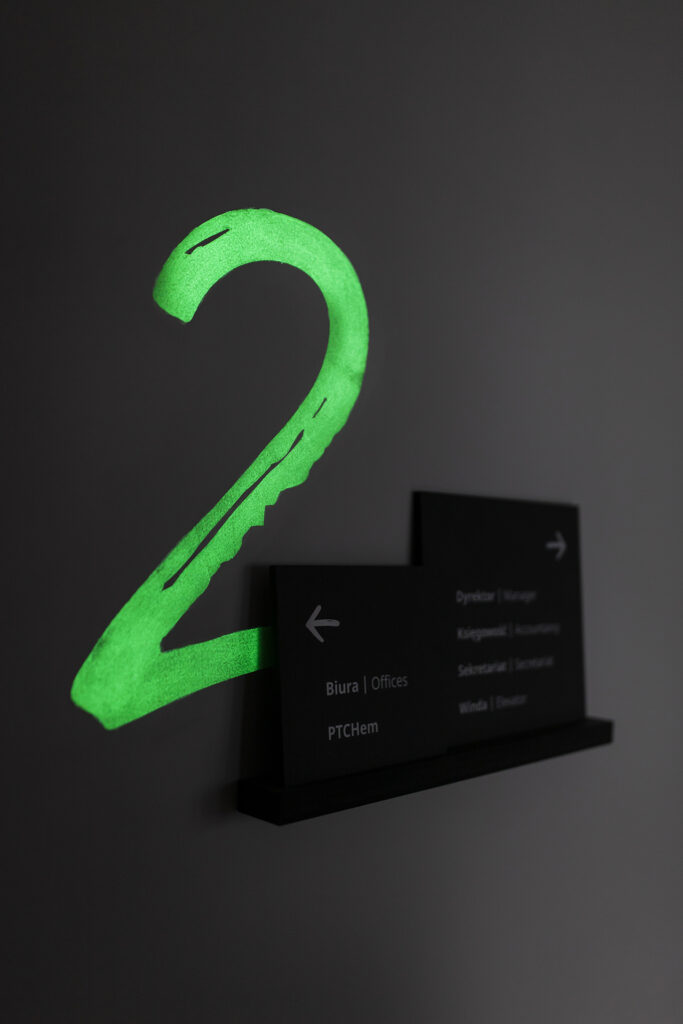 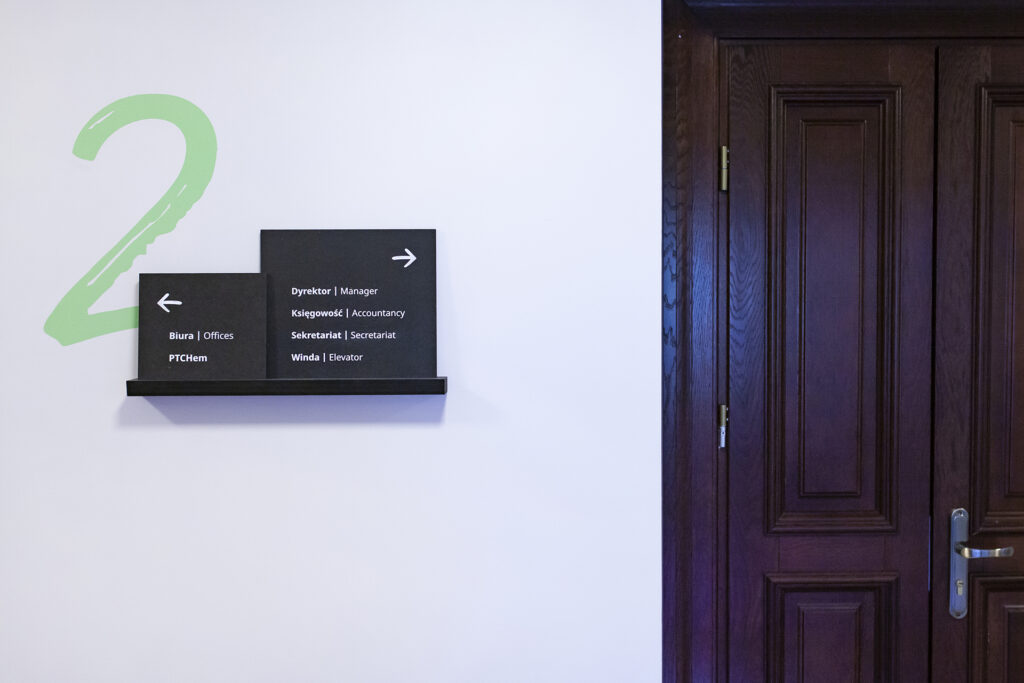 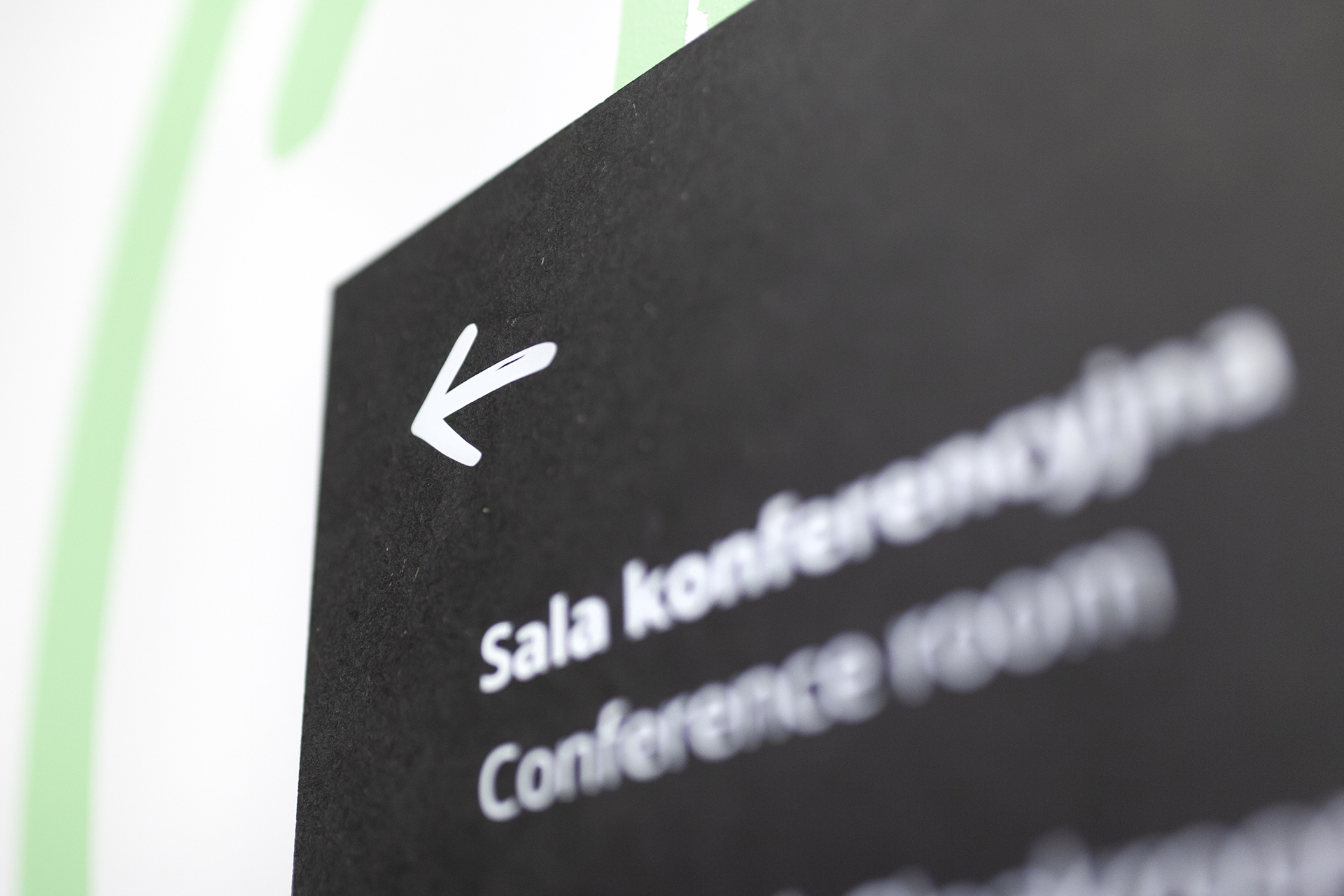 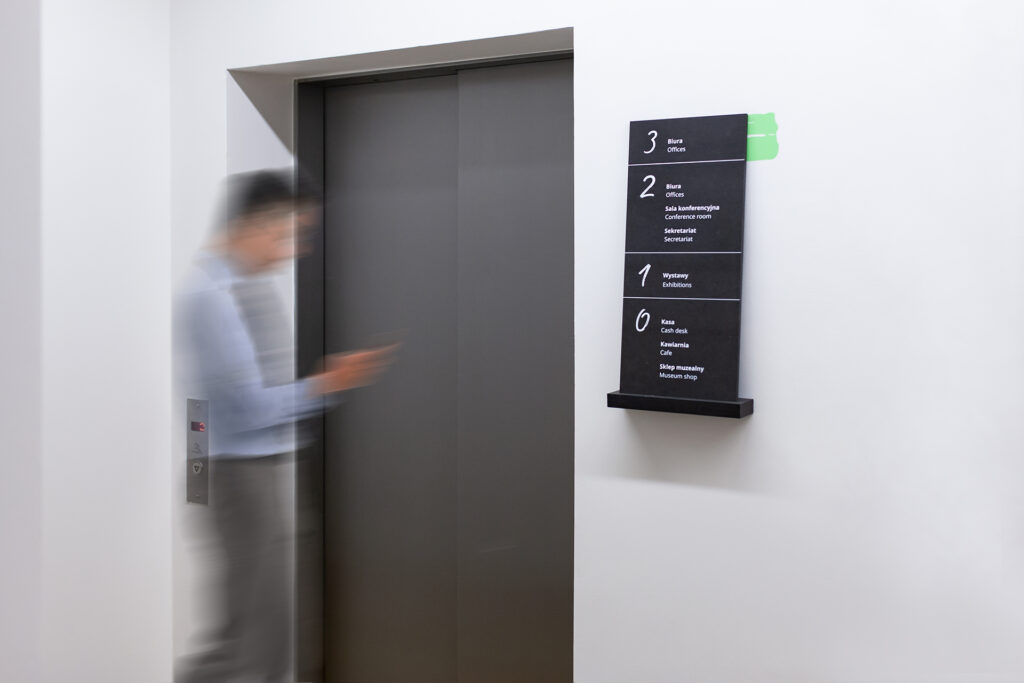 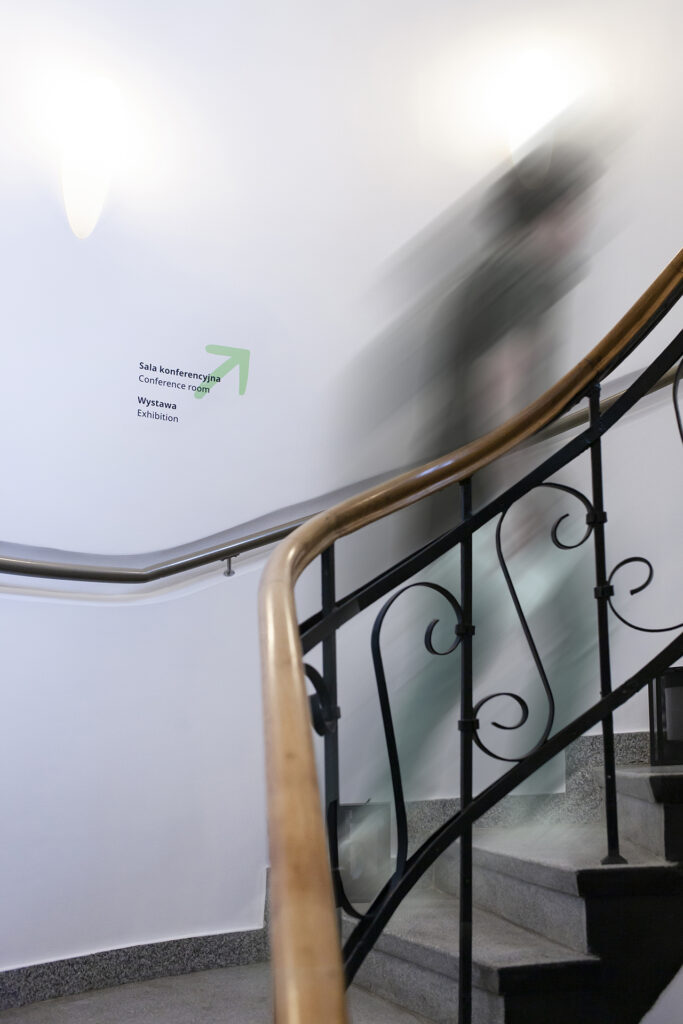 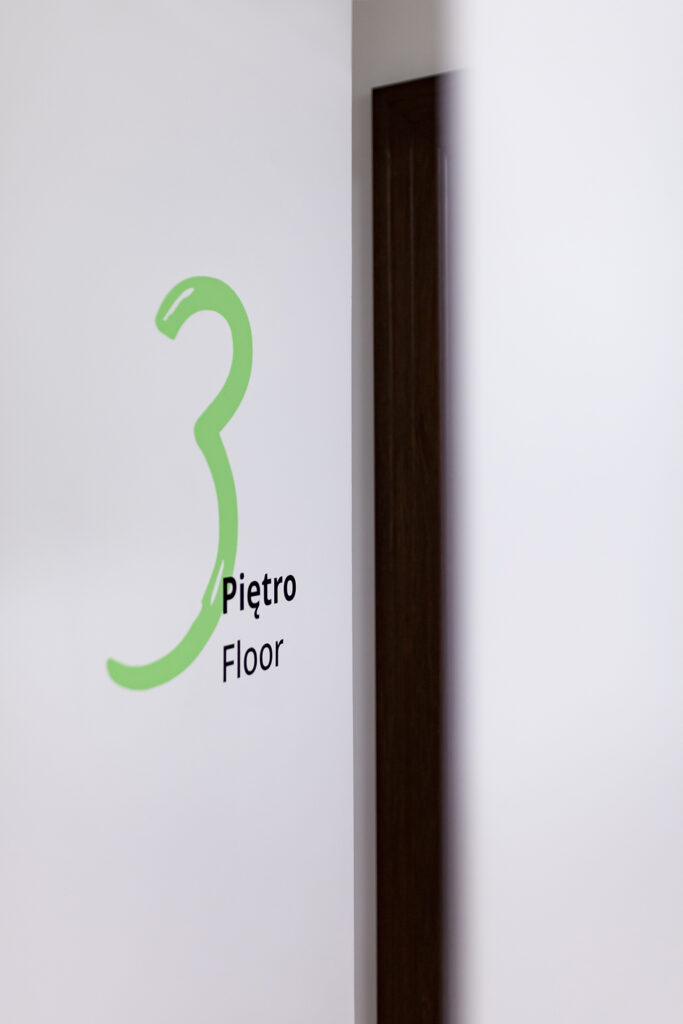 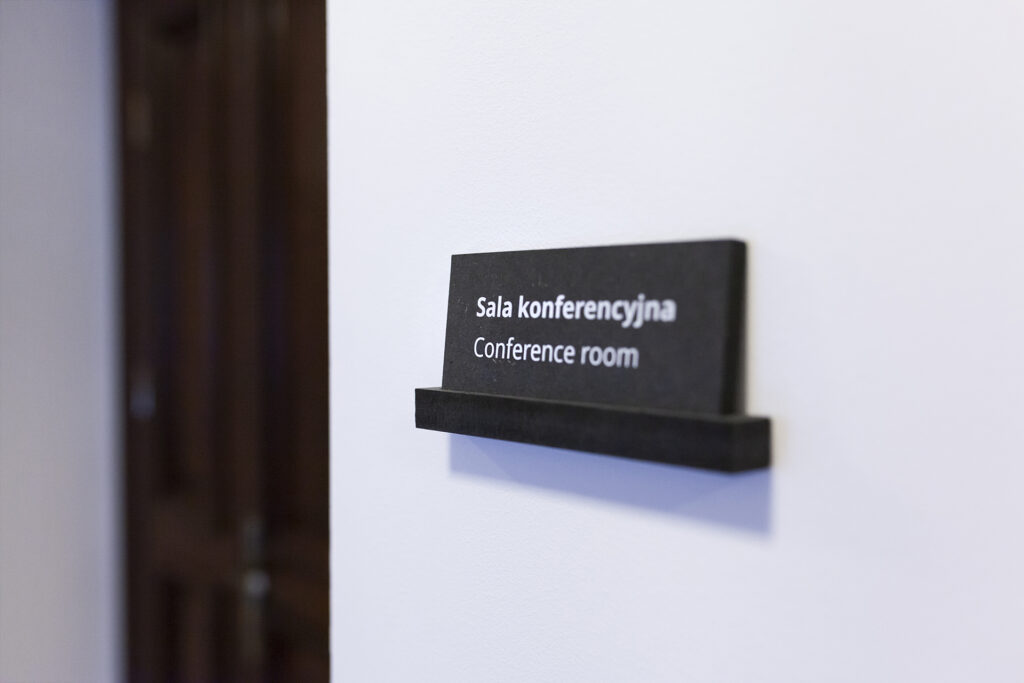 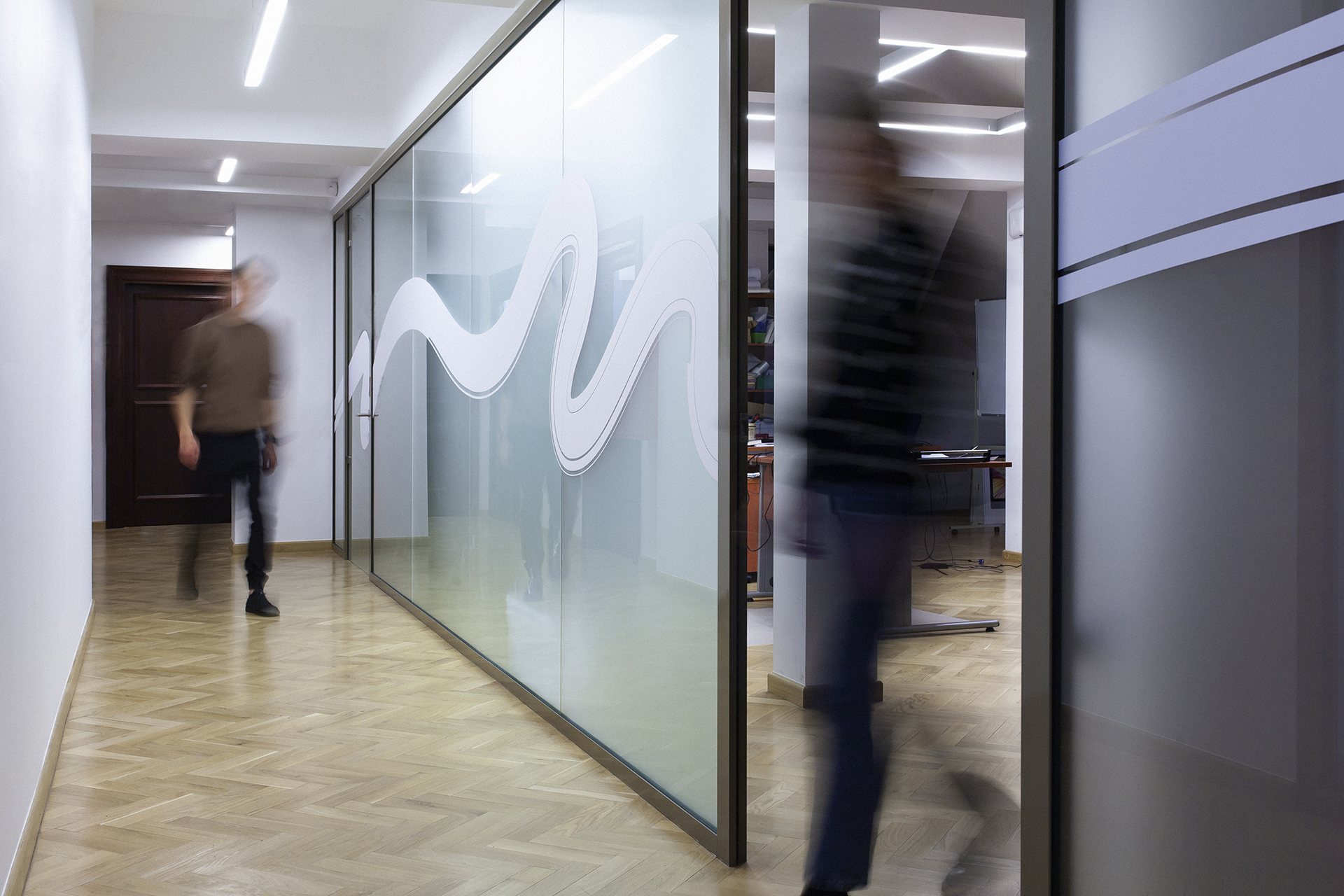 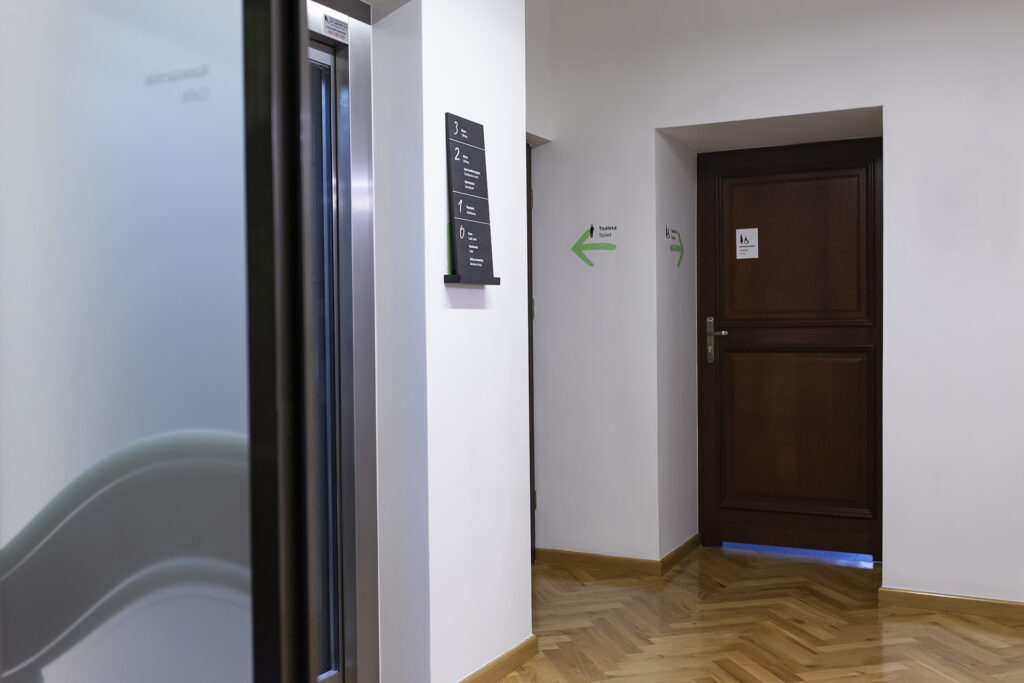 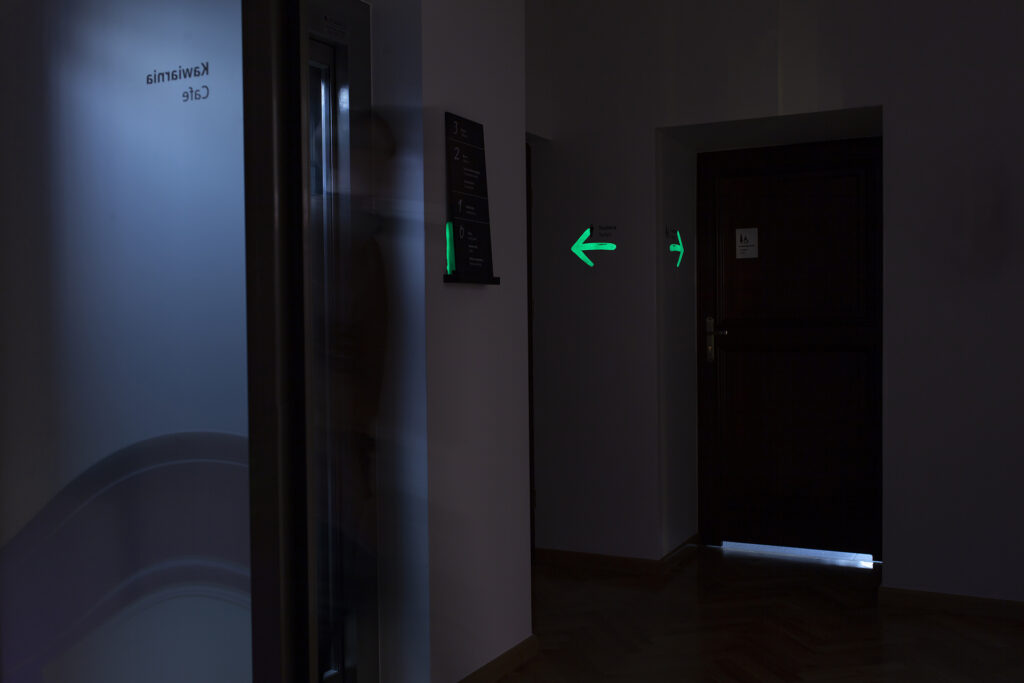 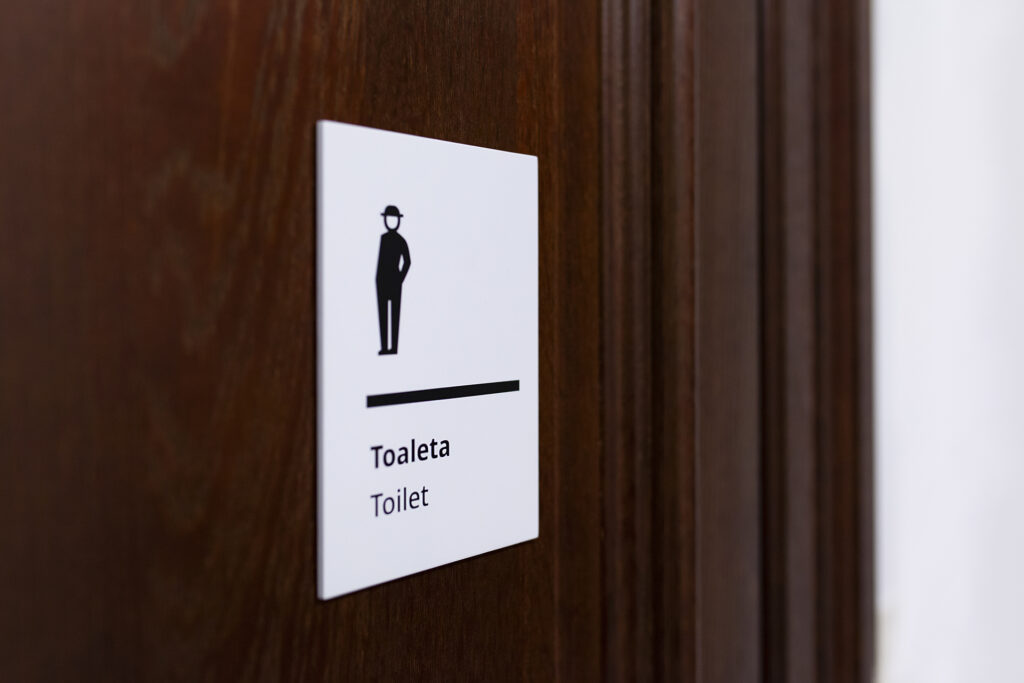 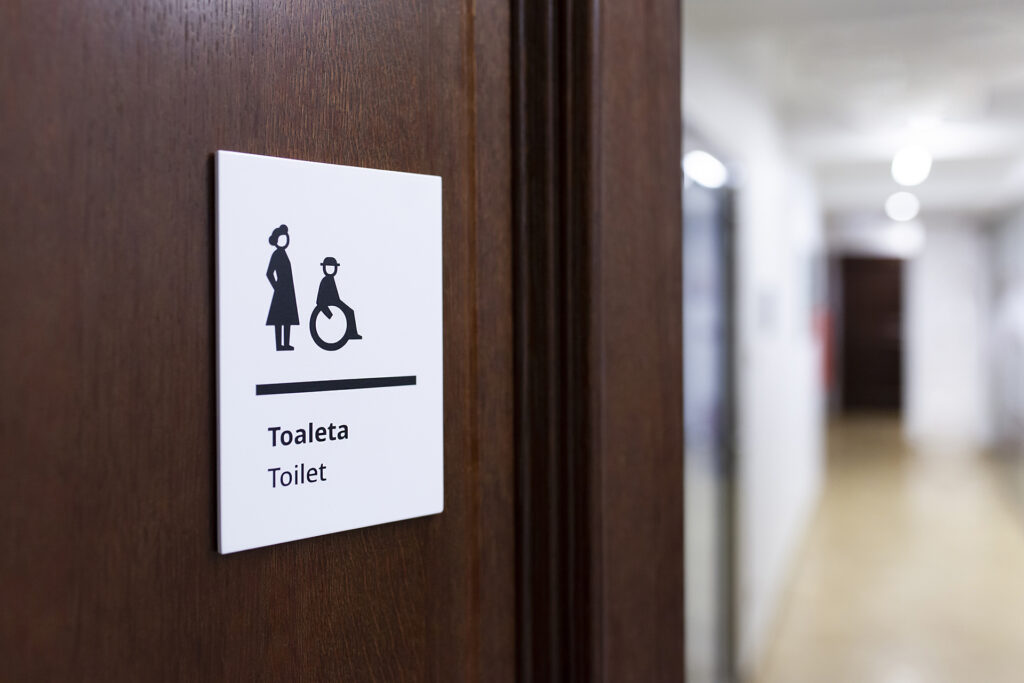 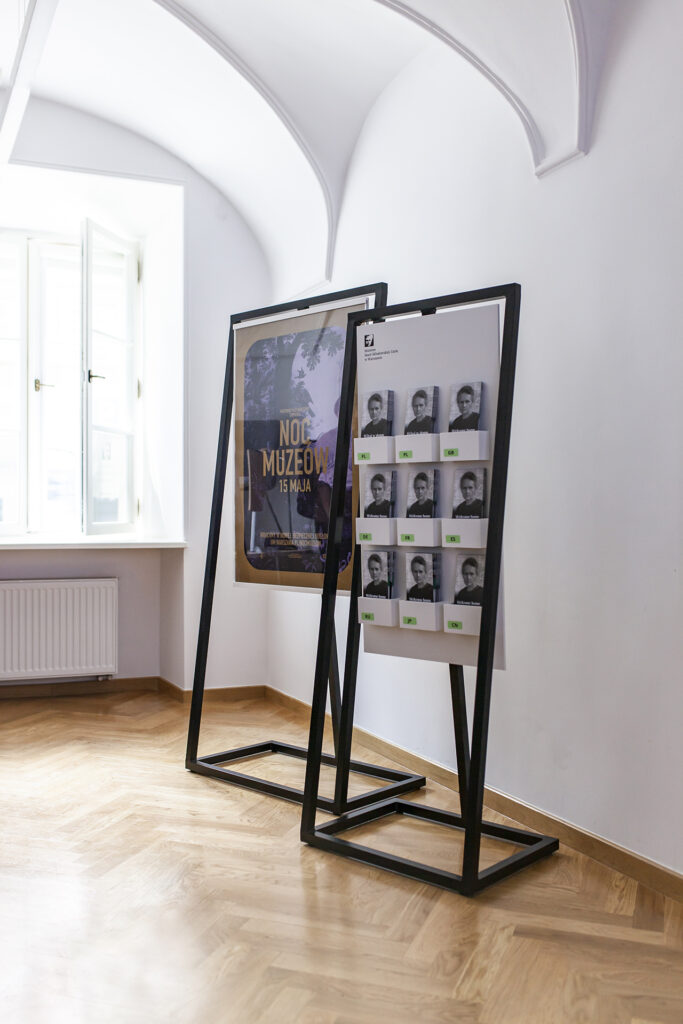 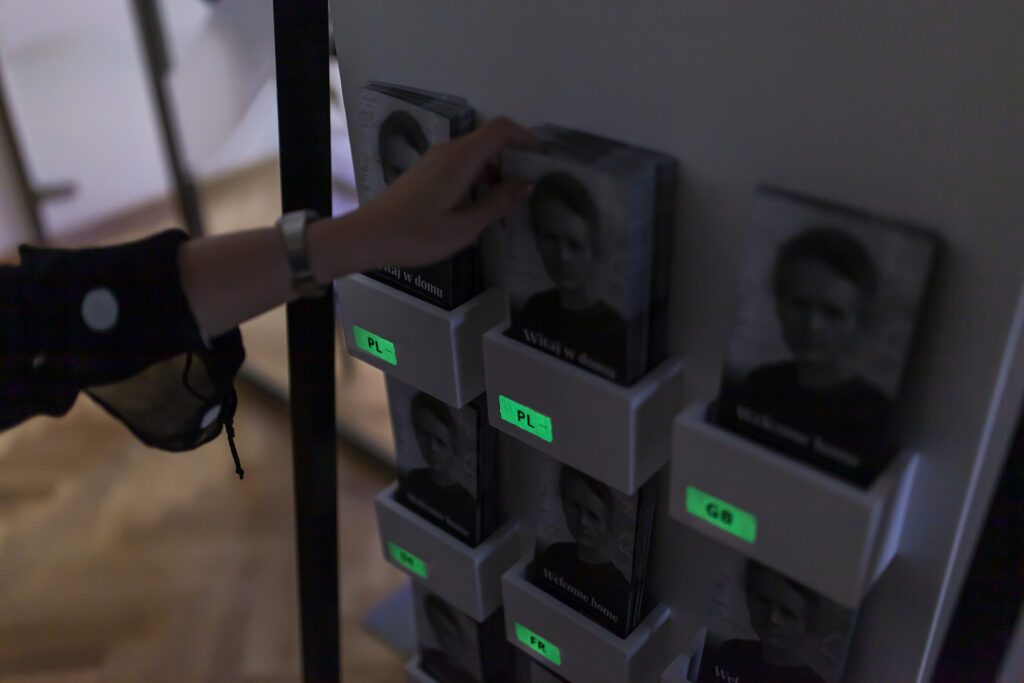