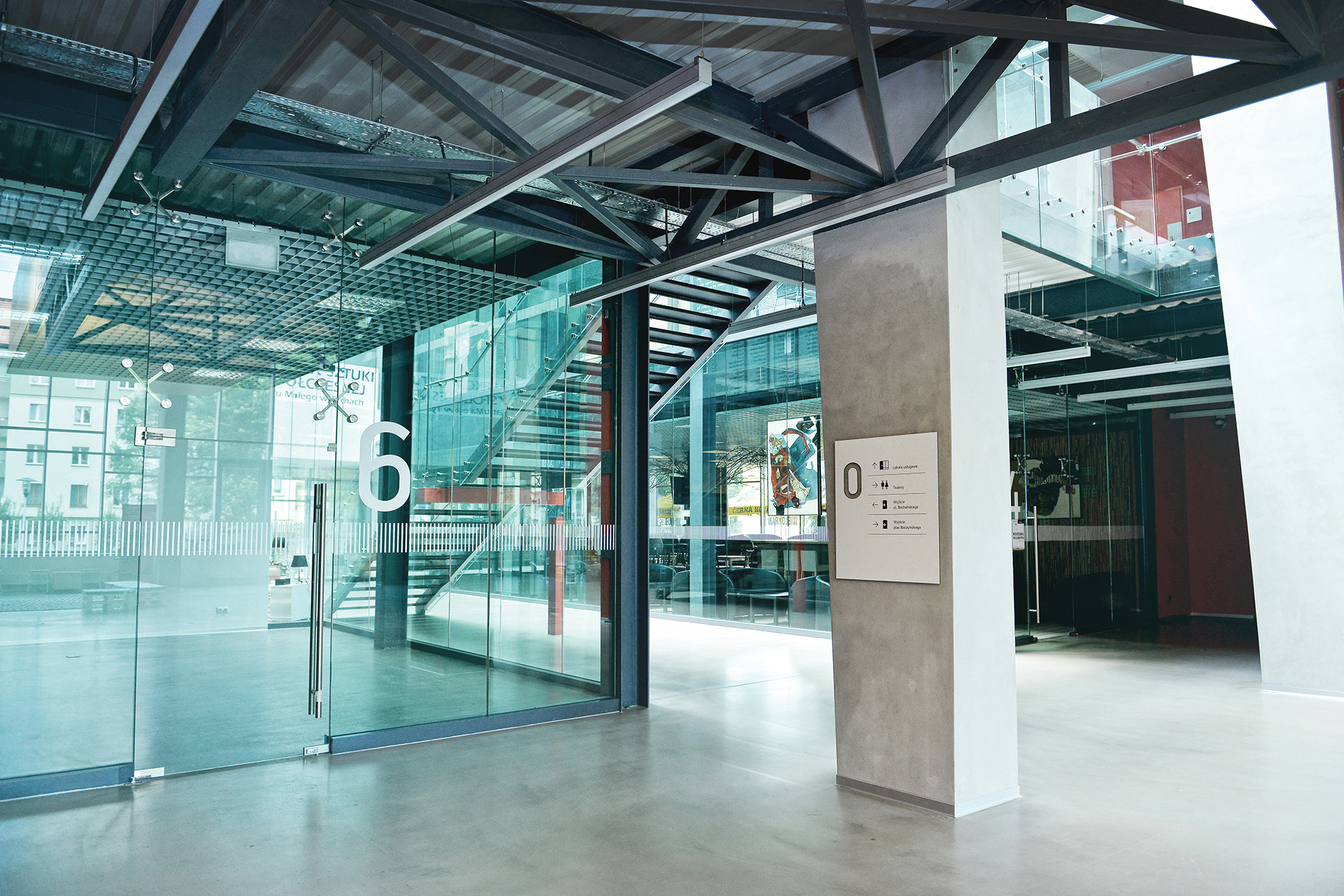 The Andromeda building, a former municipal cinema in Tychy, was carefully renovated and redesigned in 2013–14. Currently exhibitions, vernissages, film screenings, and lectures take place here. The project of the wayfinding system for this space included preparation of a whole set of carriers.

The architects have planned that the space would be painted in bold and bright colors, so our role was to adapt to this scheme – not wanting to compete with such contrasting elements appearing on walls, we have designed our carriers in a way to use the colors appearing in the background. Thanks to an openwork structure, we were able to create a visual language that does not compete with architecture of the building. To complete the system, we have also decided to design an original set of pictograms and a map of the object referring stylistically to the project. 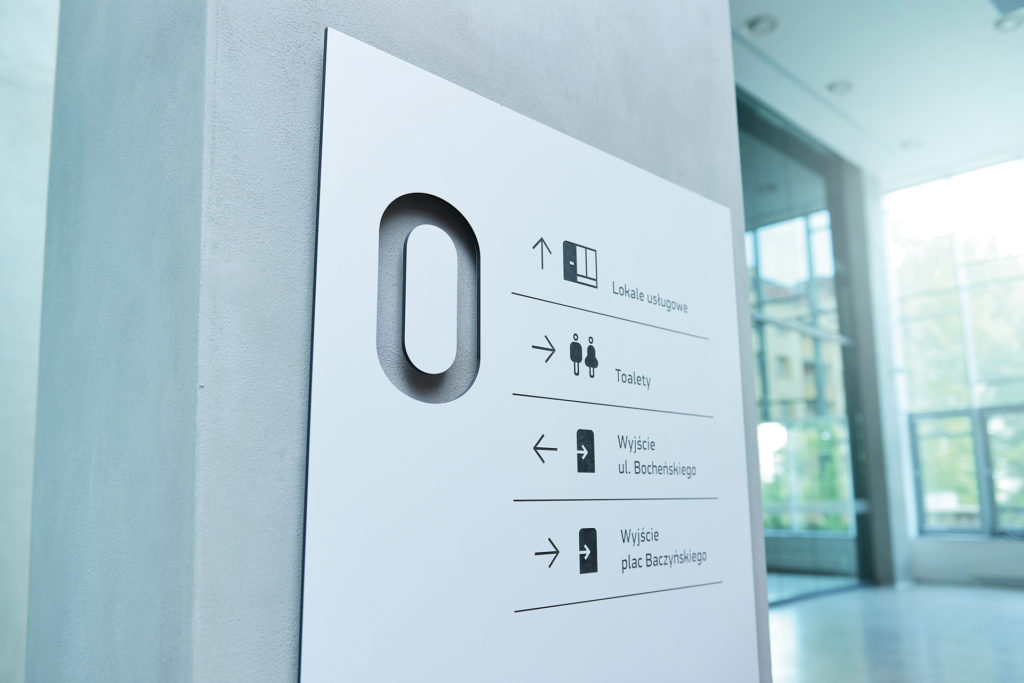 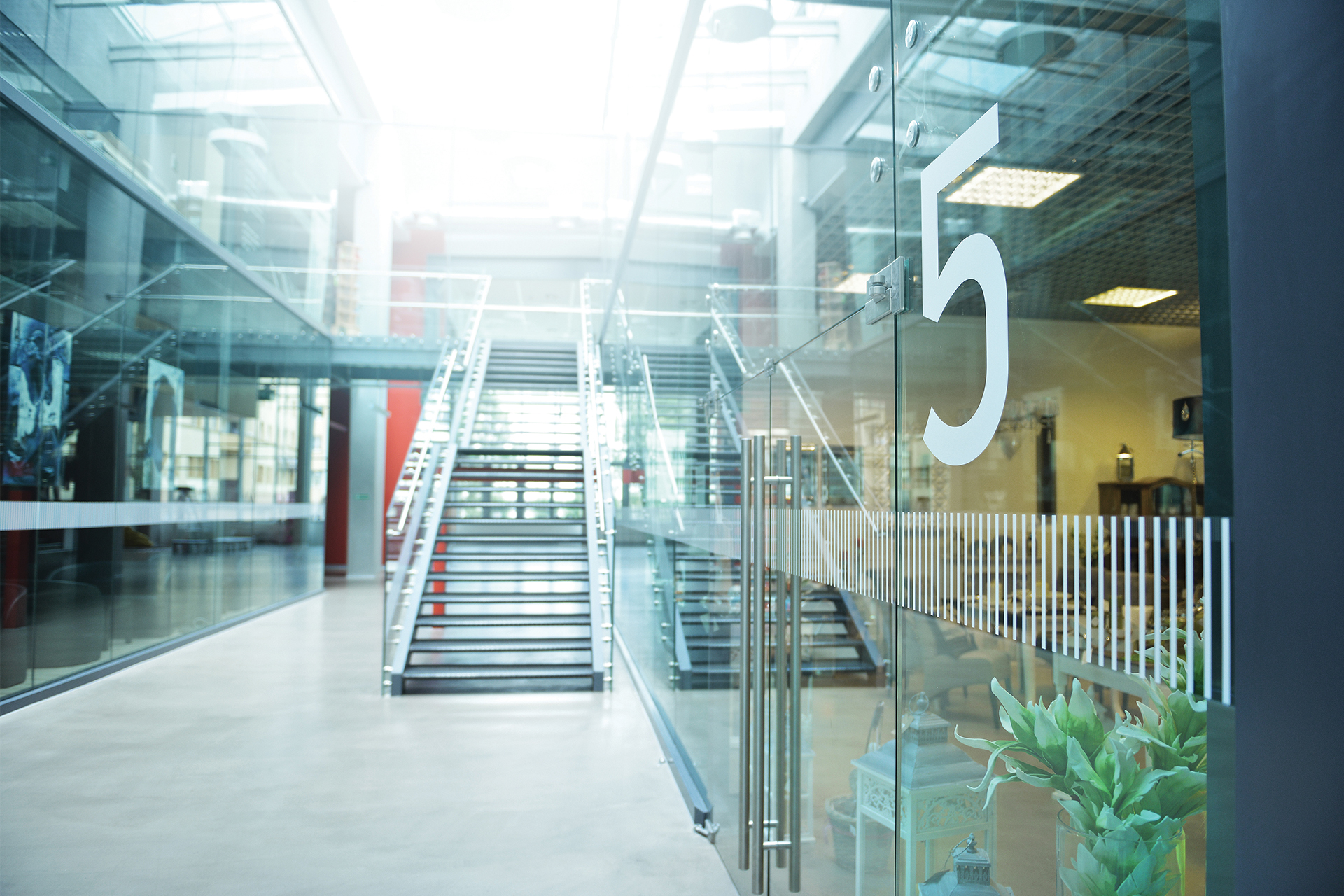 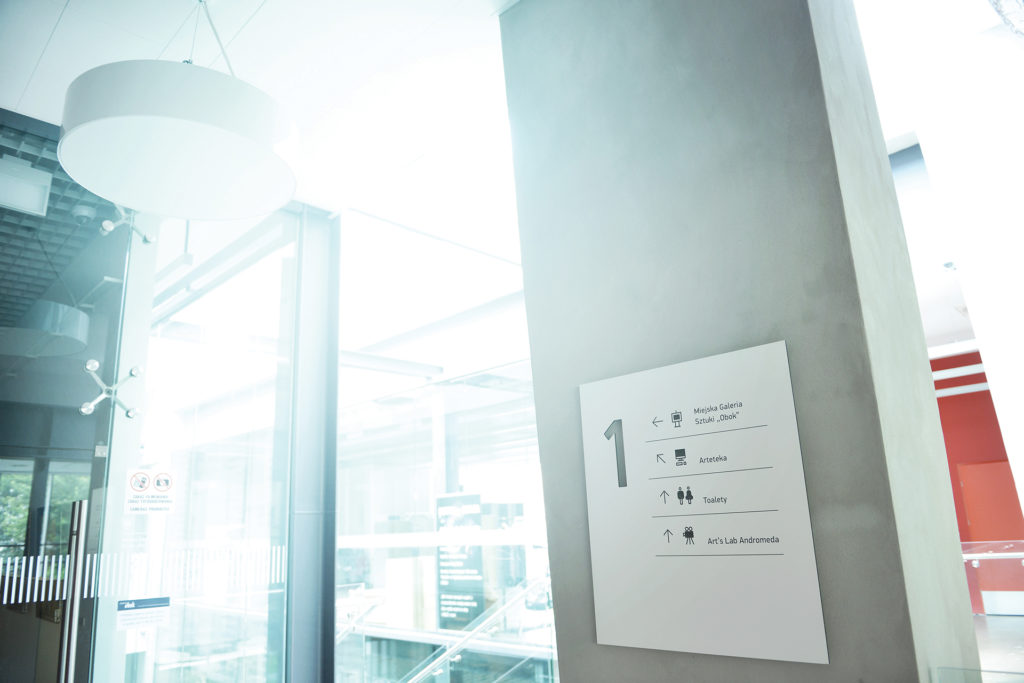 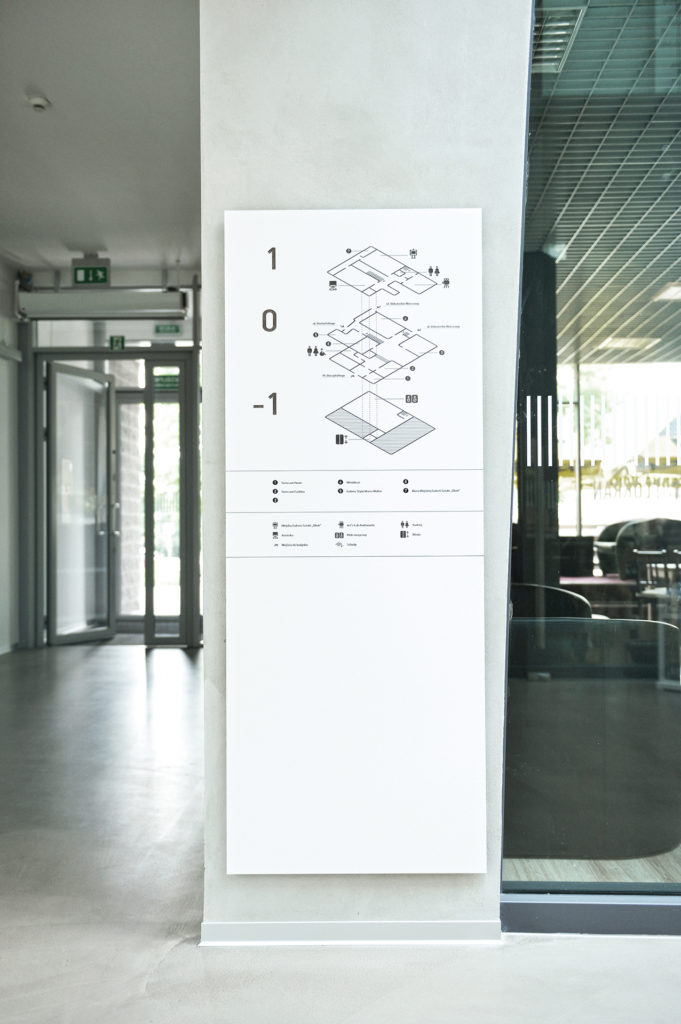 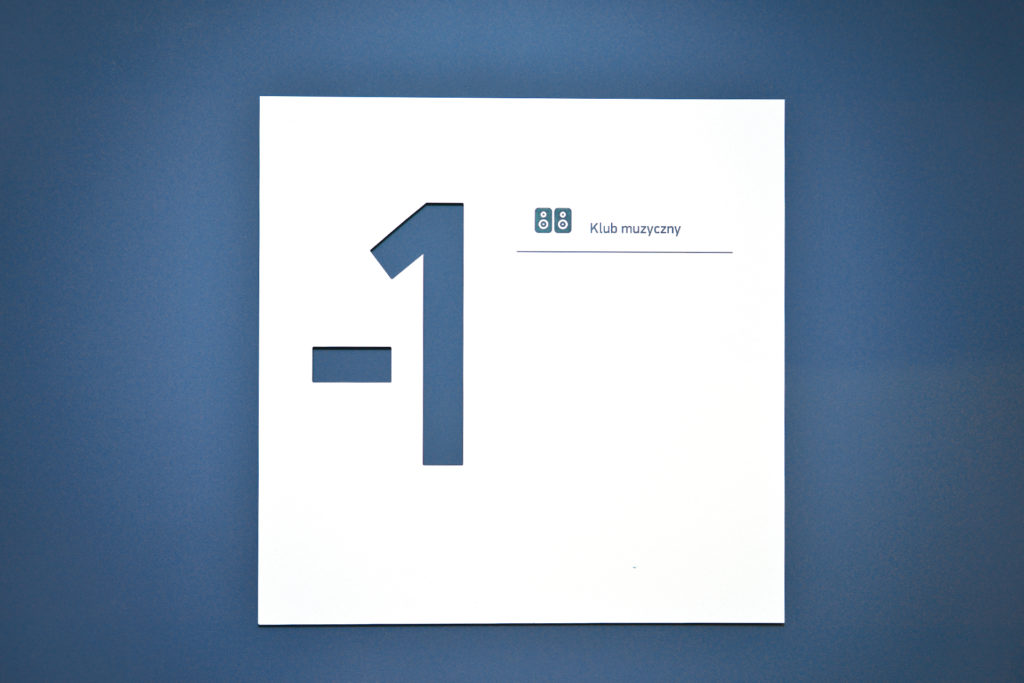 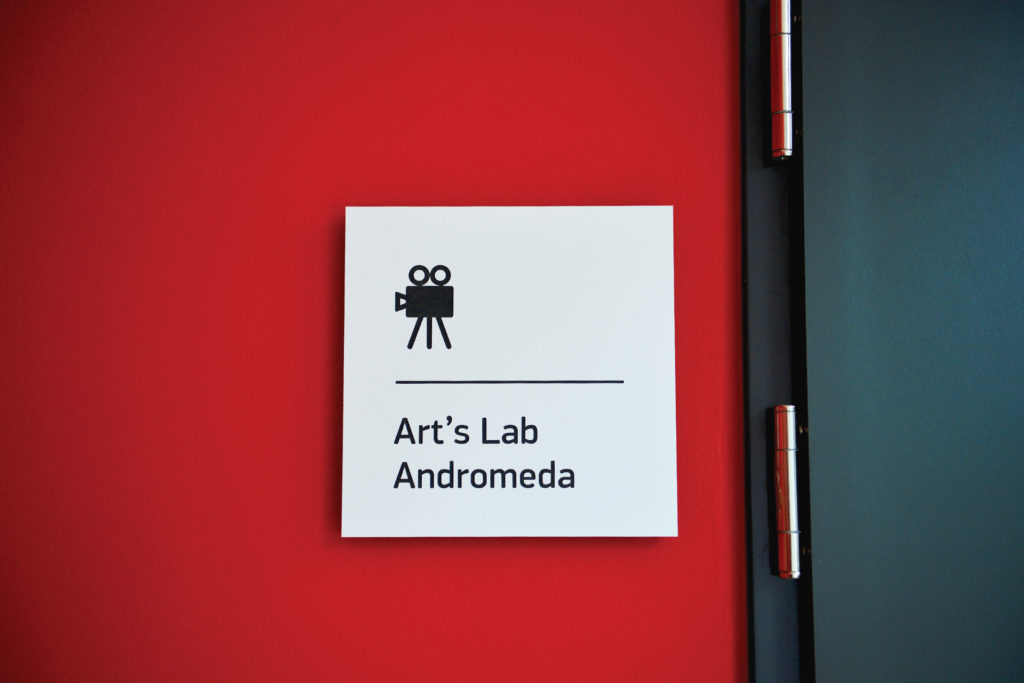 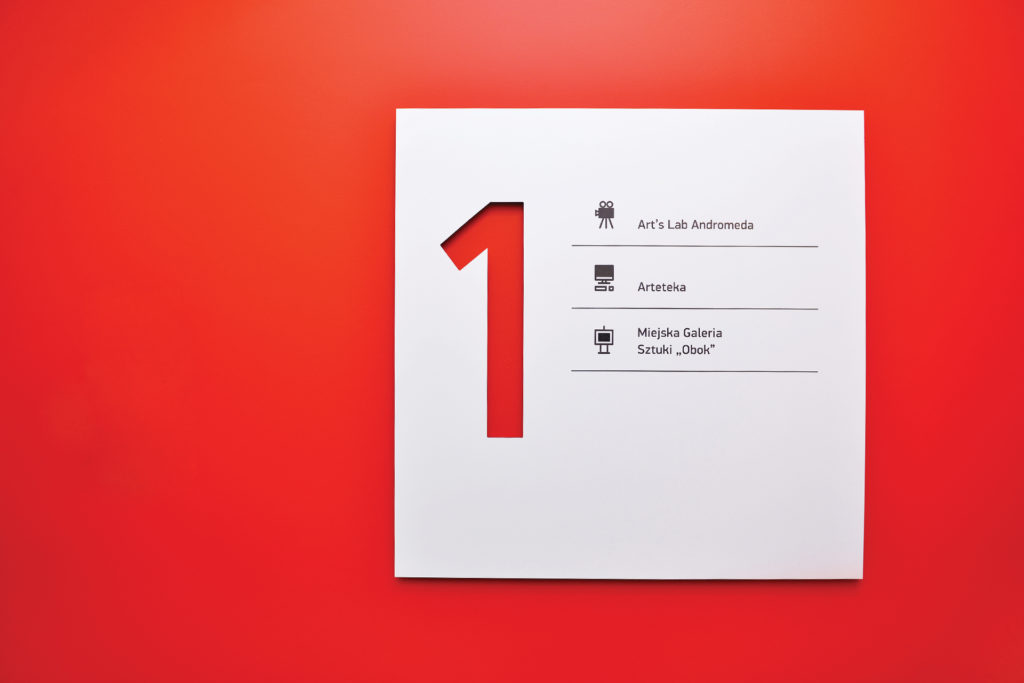 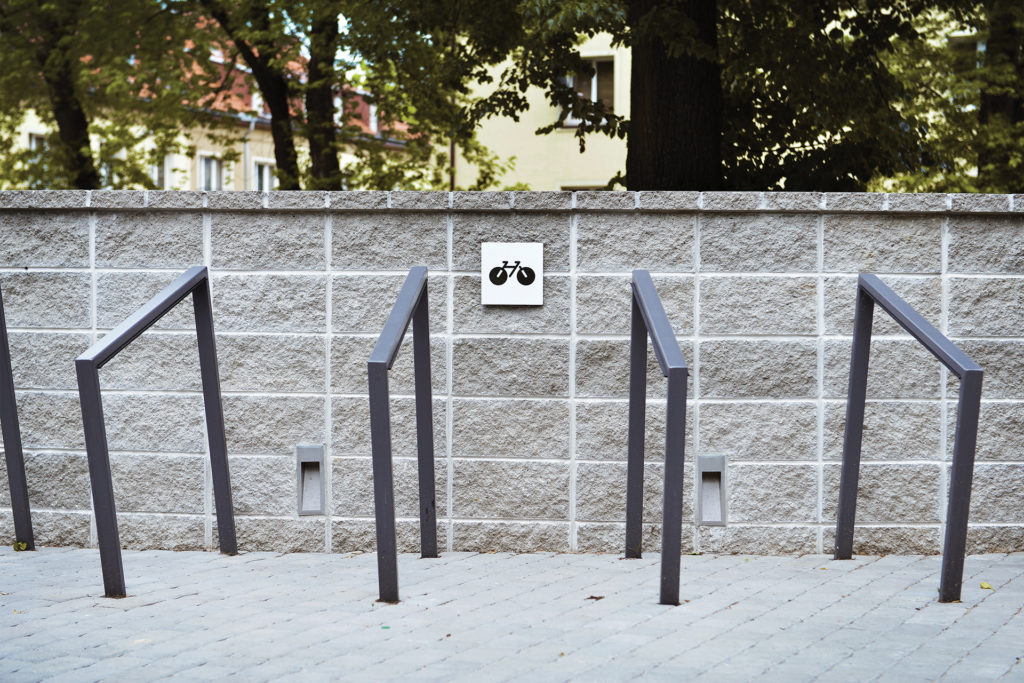