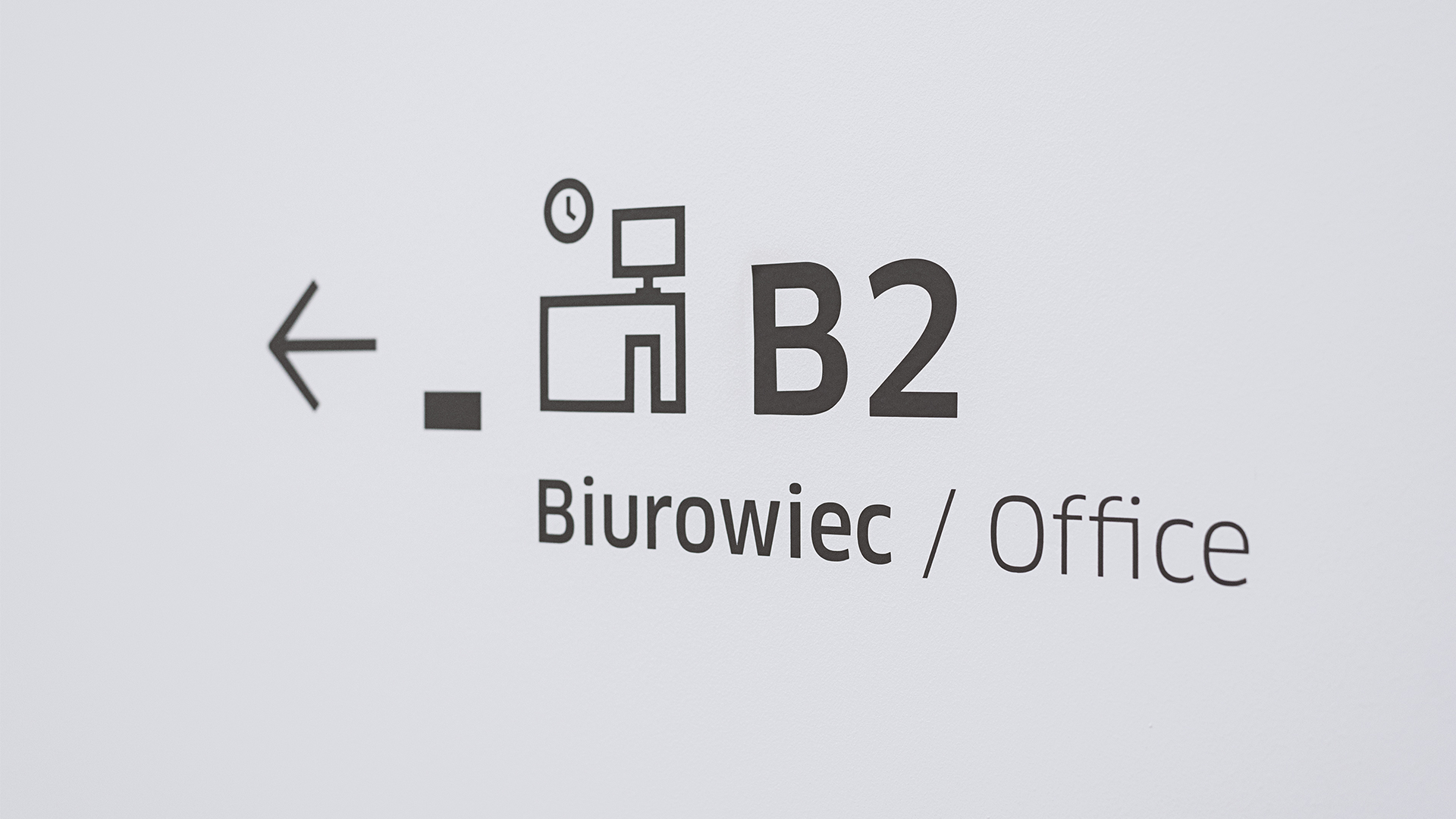 OKNOPLAST Group, a leading European producer of PVC windows, has opened its new headquarters in Ochmanów (Poland) in 2018. The newly opened, unique office building has become a link between the two existing ones. Together they create a representative company headquarters.

Our task, as designers of the wayfinding system, was to adapt to the minimalist, bright interiors of the new building. We have decided to design a set of simple carriers. Their main feature was a three-dimensional cube (taken from the company’s brand logo) which appeared for example as an element connecting the board or highlighting more important information on the board. In order to create a consistent visual language for our system, we have also decided to prepare a unique set of linear pictograms. 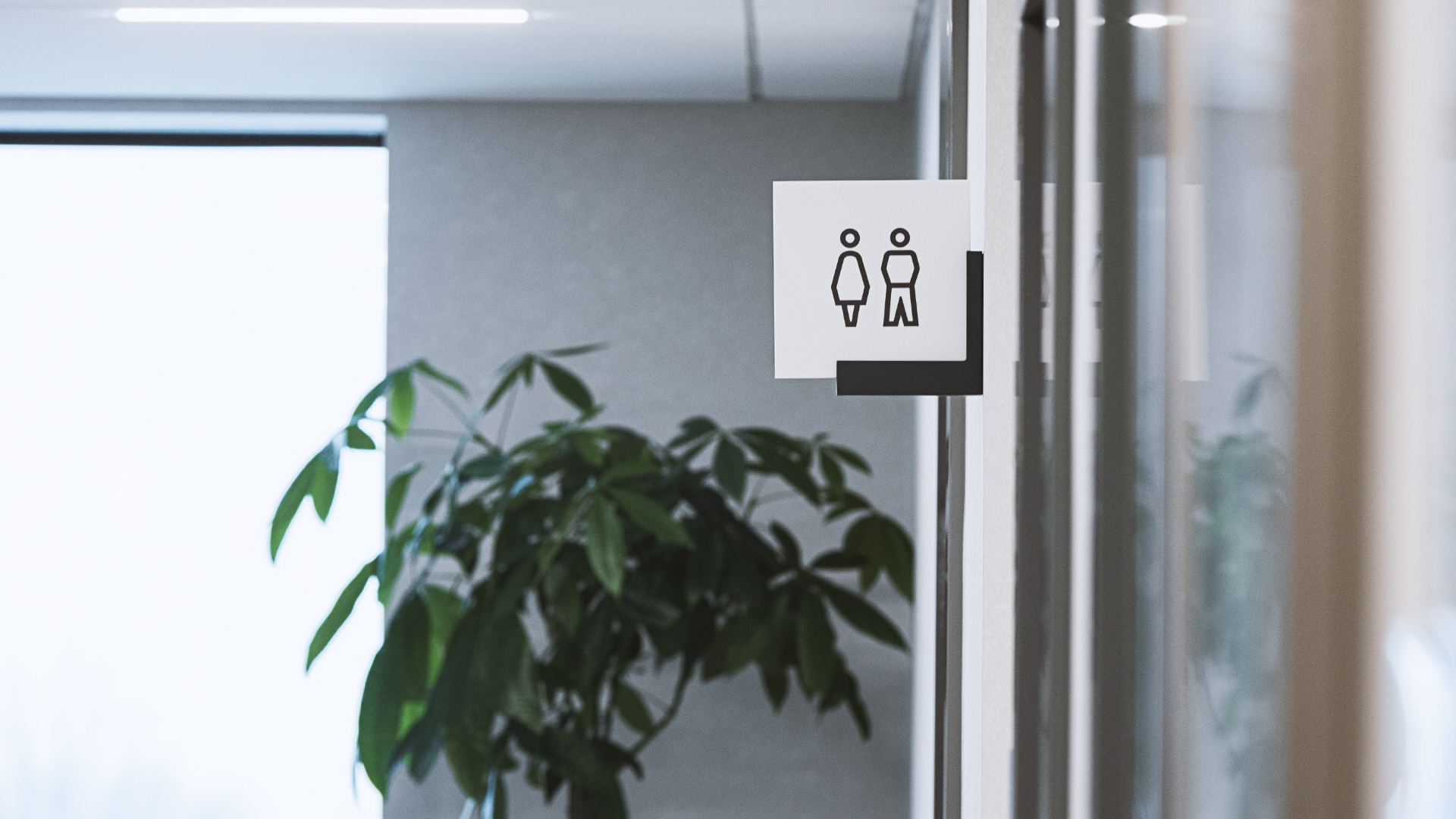 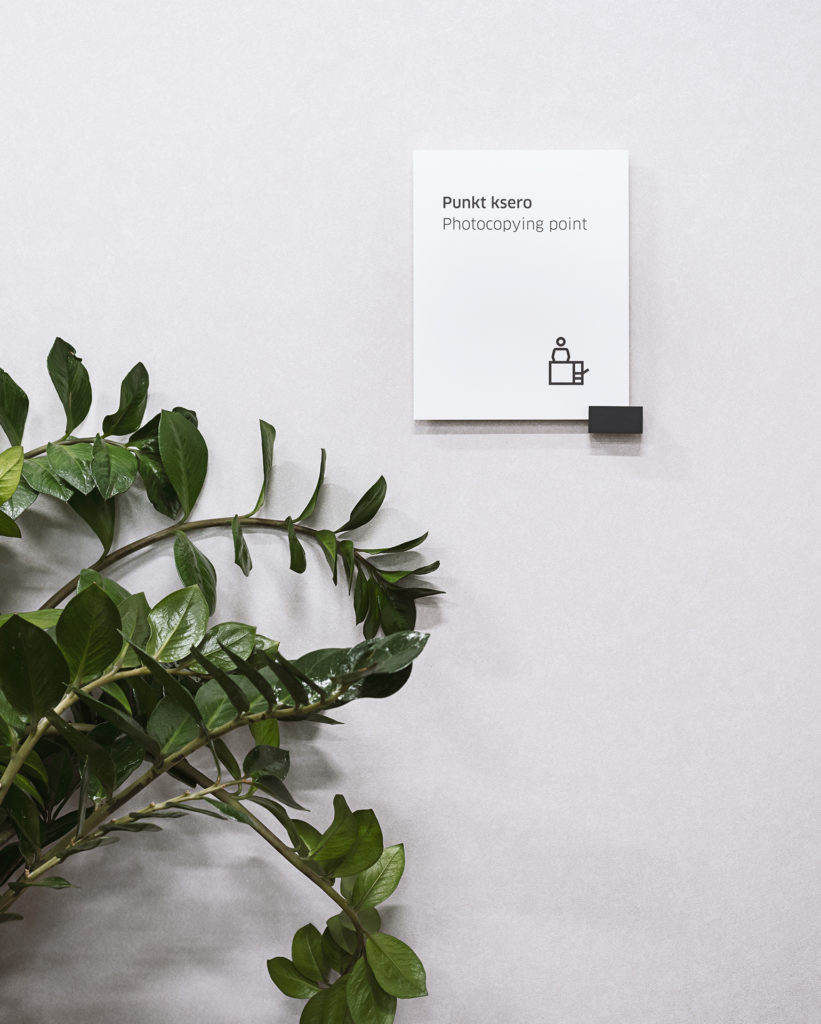 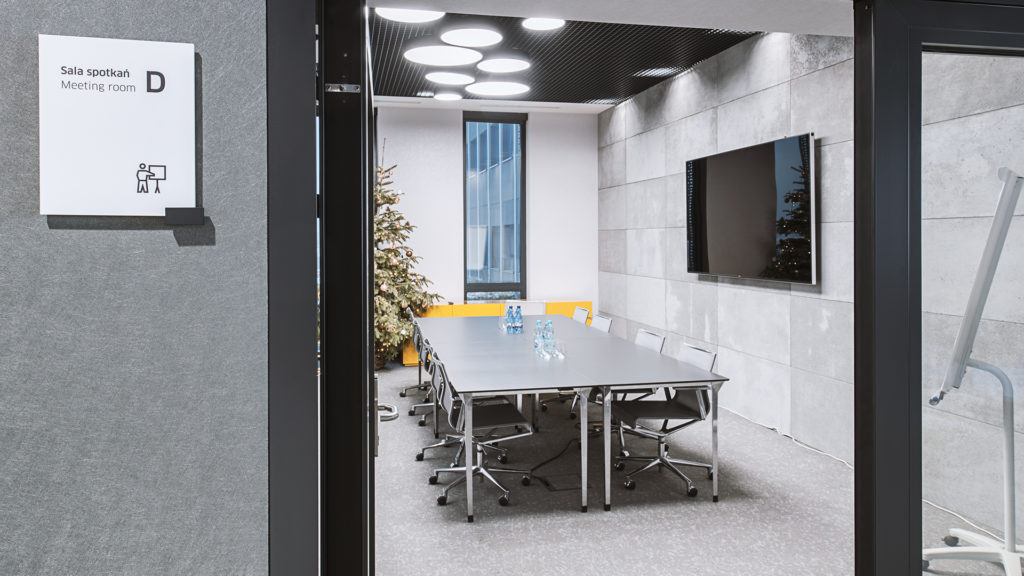 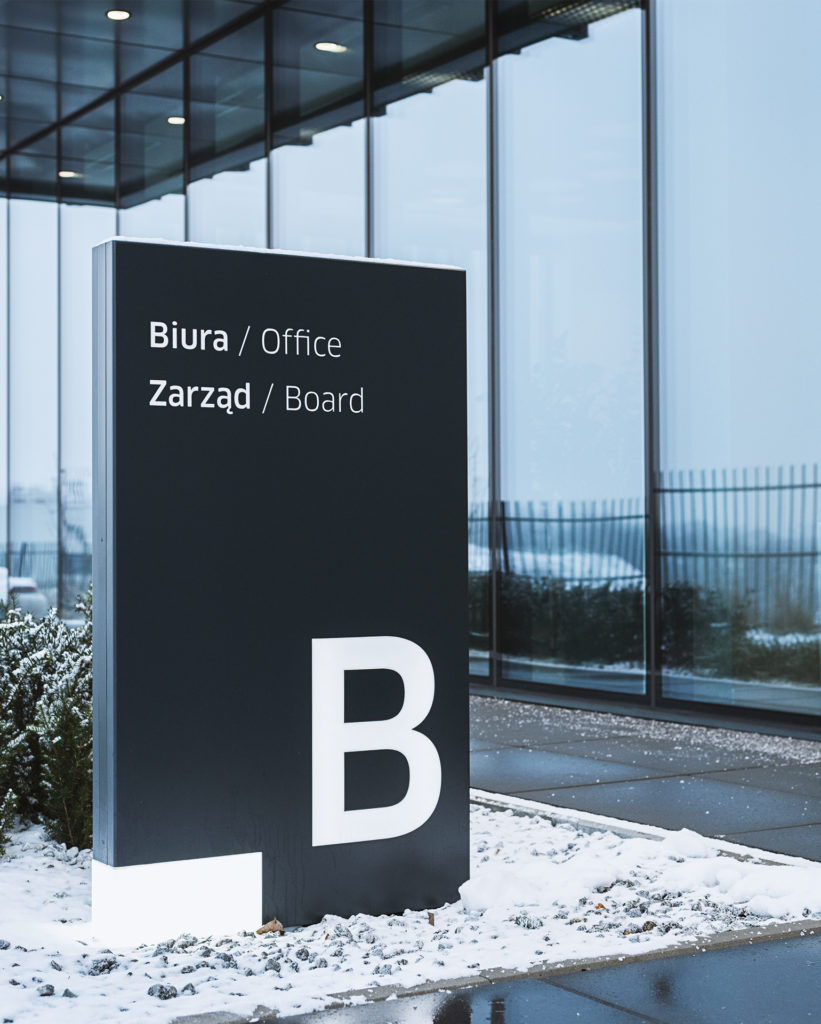 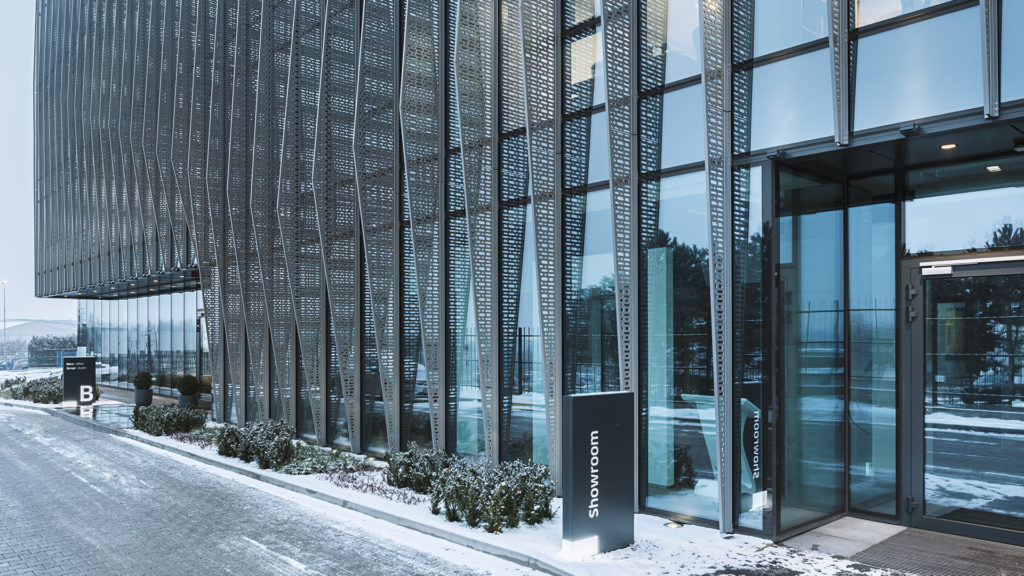 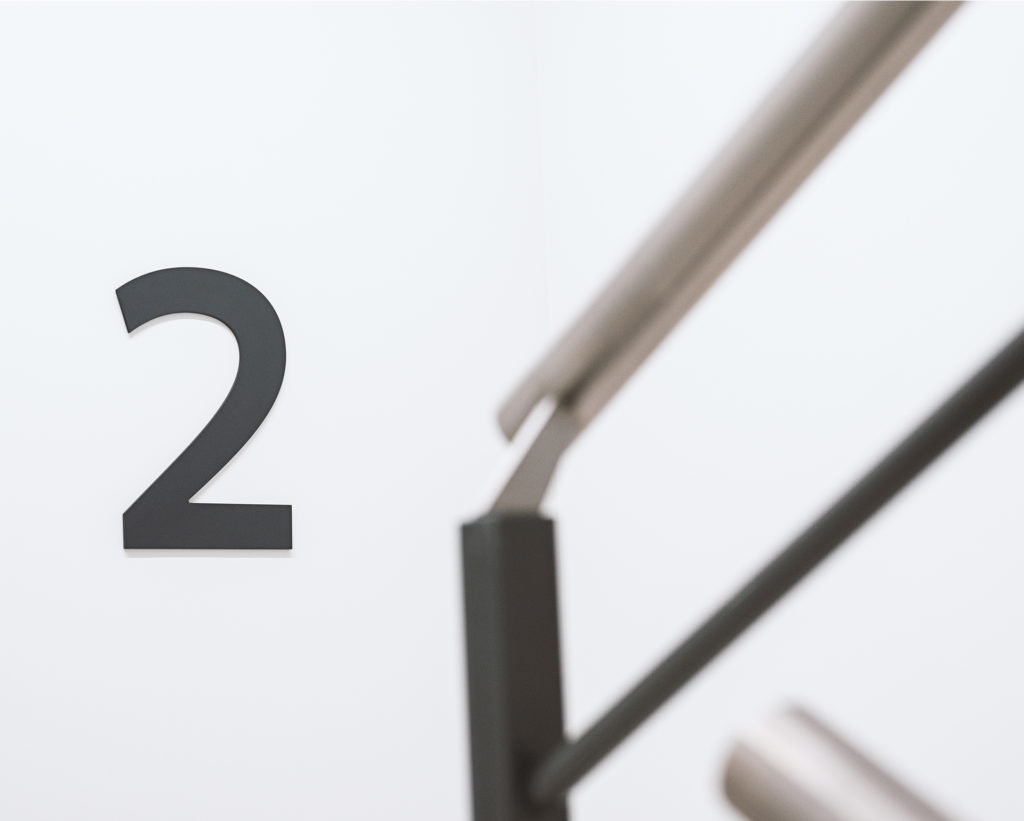 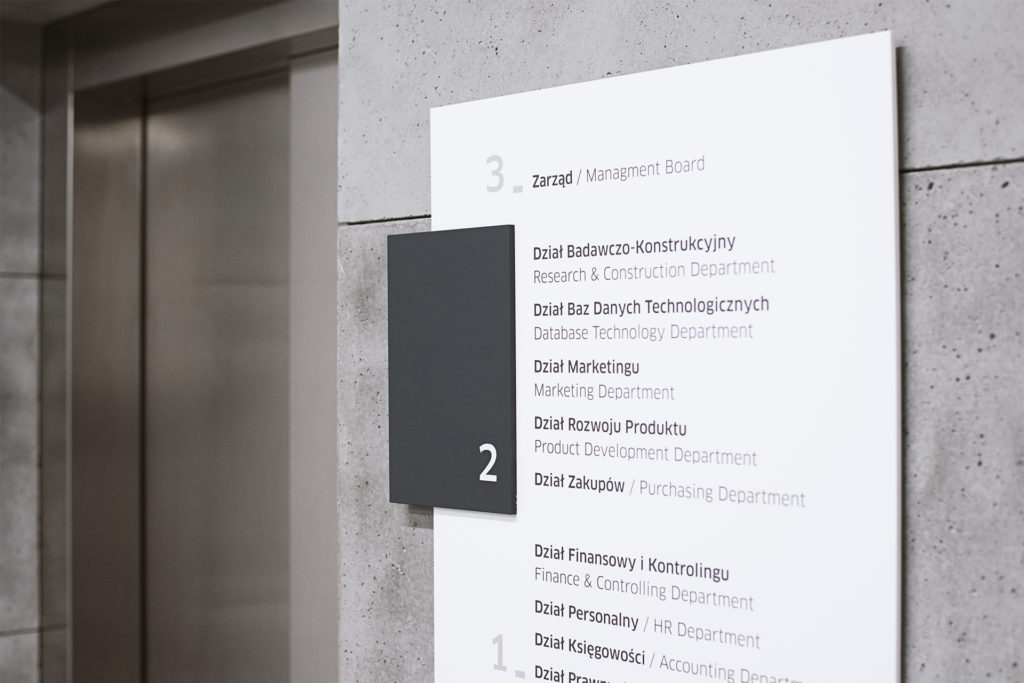 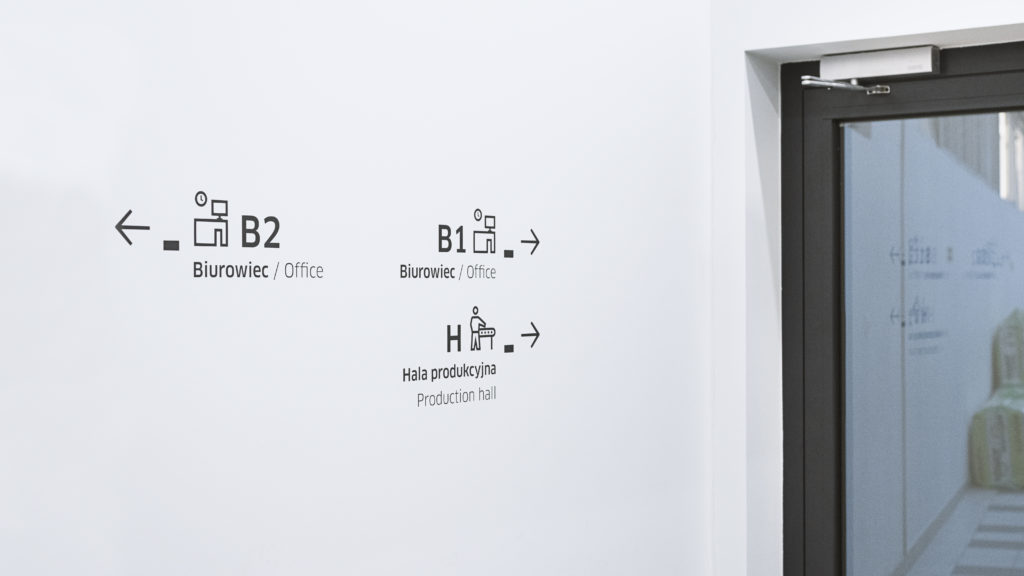 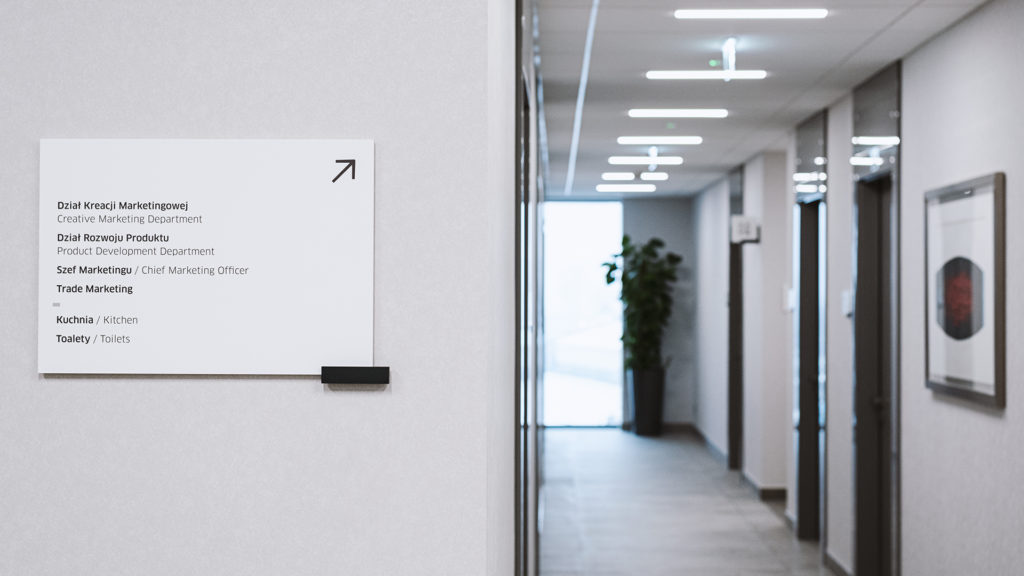