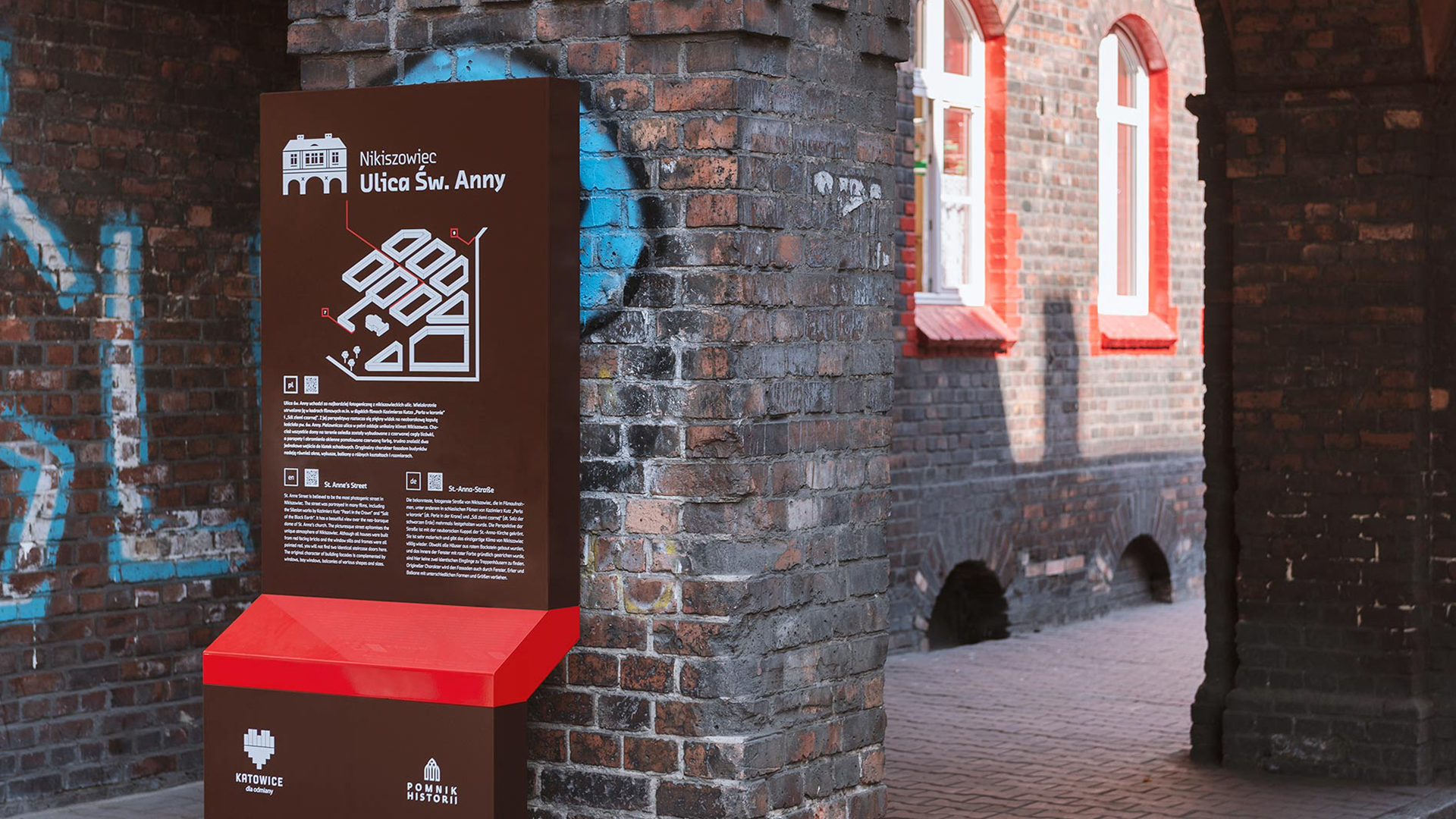 Nikiszowiec is a historic district of Katowice. The remains of workers’ housing estate, consisting of so-called “familoki” (a type of house for many families), are one of the official Monuments of History and have been inscribed on the list of monuments by the National Heritage Institute. We were responsible for designing a wayfinding system for the walking circuit around this neighborhood. It was vital to adapt the system to the architecture of the surroundings. The surroundings are very characteristic – all buildings are made of brick. What is more, every resident of a “familok” painted the windowsills of their household red. To refer to the above-mentioned features of the estate we have chosen a narrow range of colors: red, brown and white. Red ­– taken from characteristic windowsills, brown – taken from old bricks, white – neutral, visible in the wood work. Thanks to these inspirations we have designed information carriers that mimic the characteristic colors, shapes, and slopes of windowsills. Every point on the walking route is marked with a characteristic totem. Each has a unique pictogram/illustration presenting described elements of the route, a short text in 3 languages and a fragmentary map of the housing estate, indicating the 2 nearest points along the walking route. 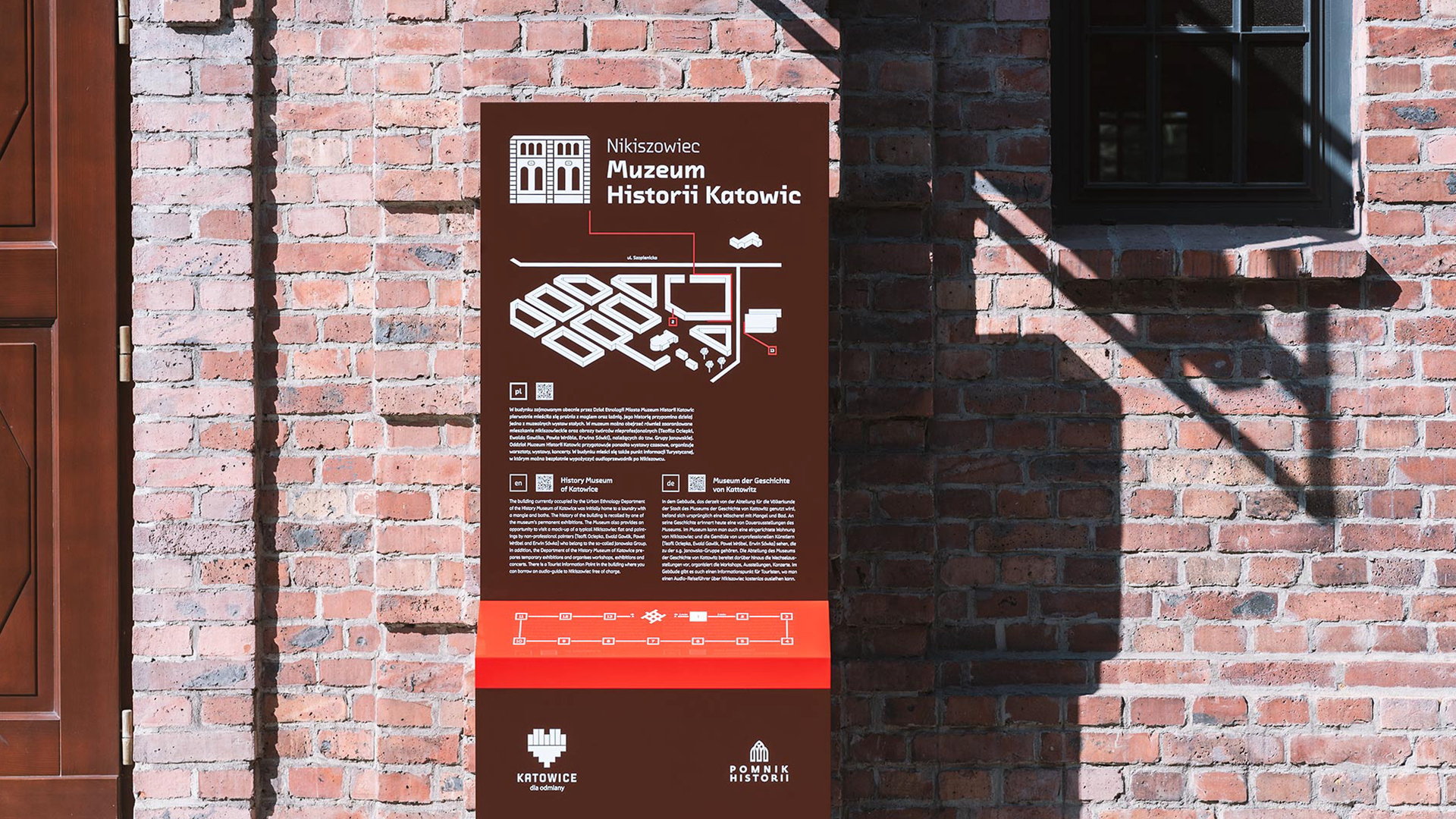 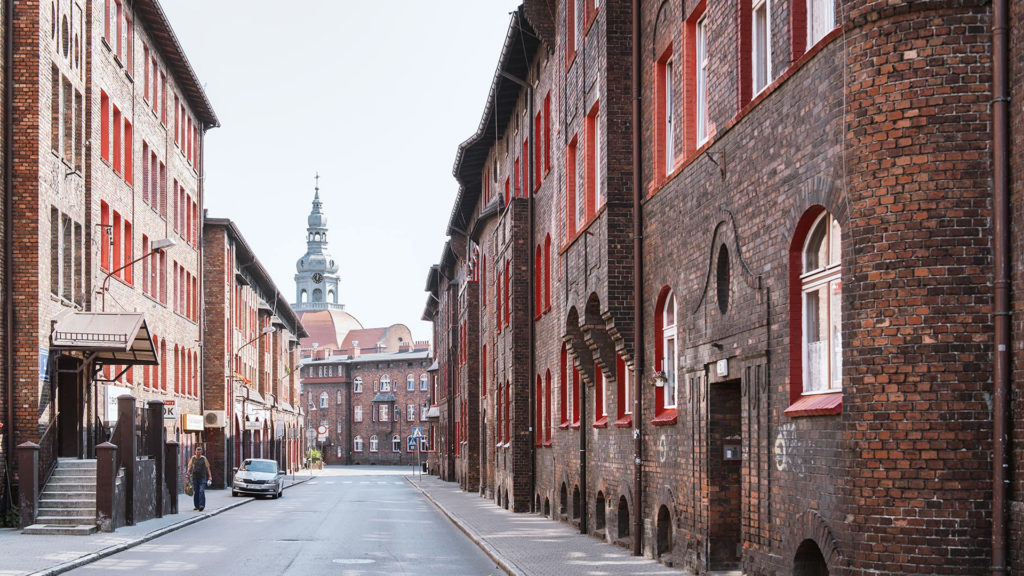 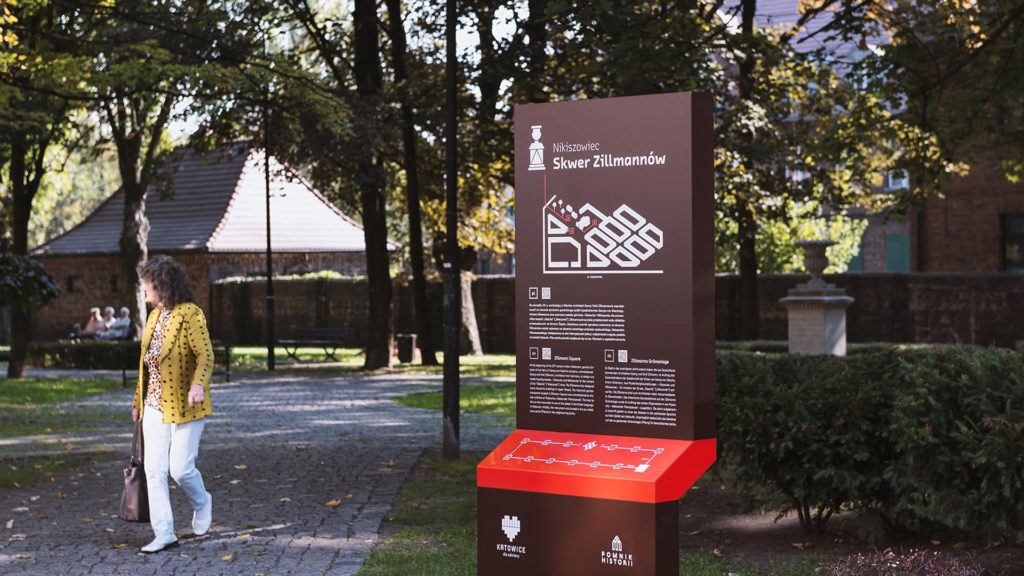 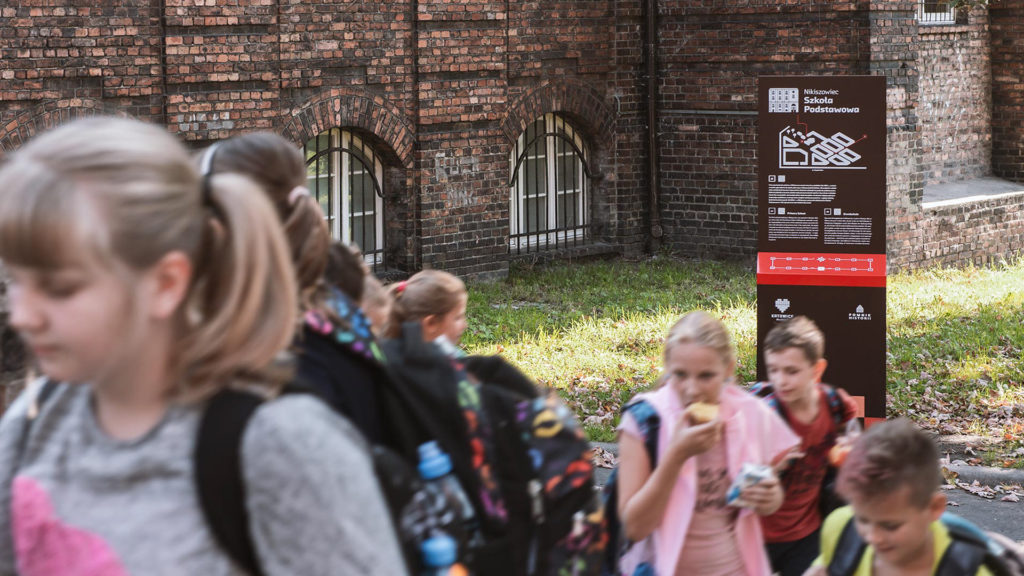 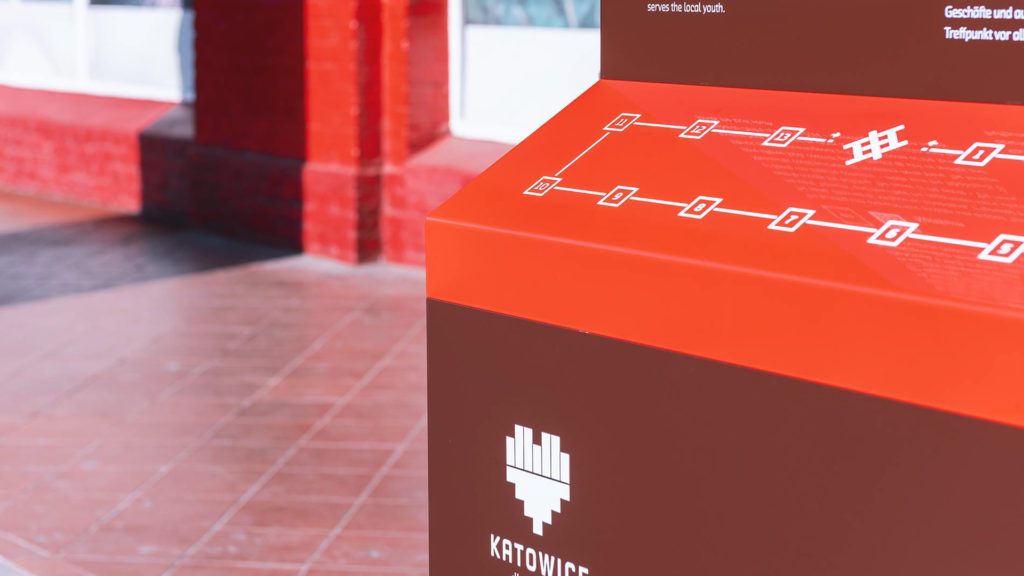 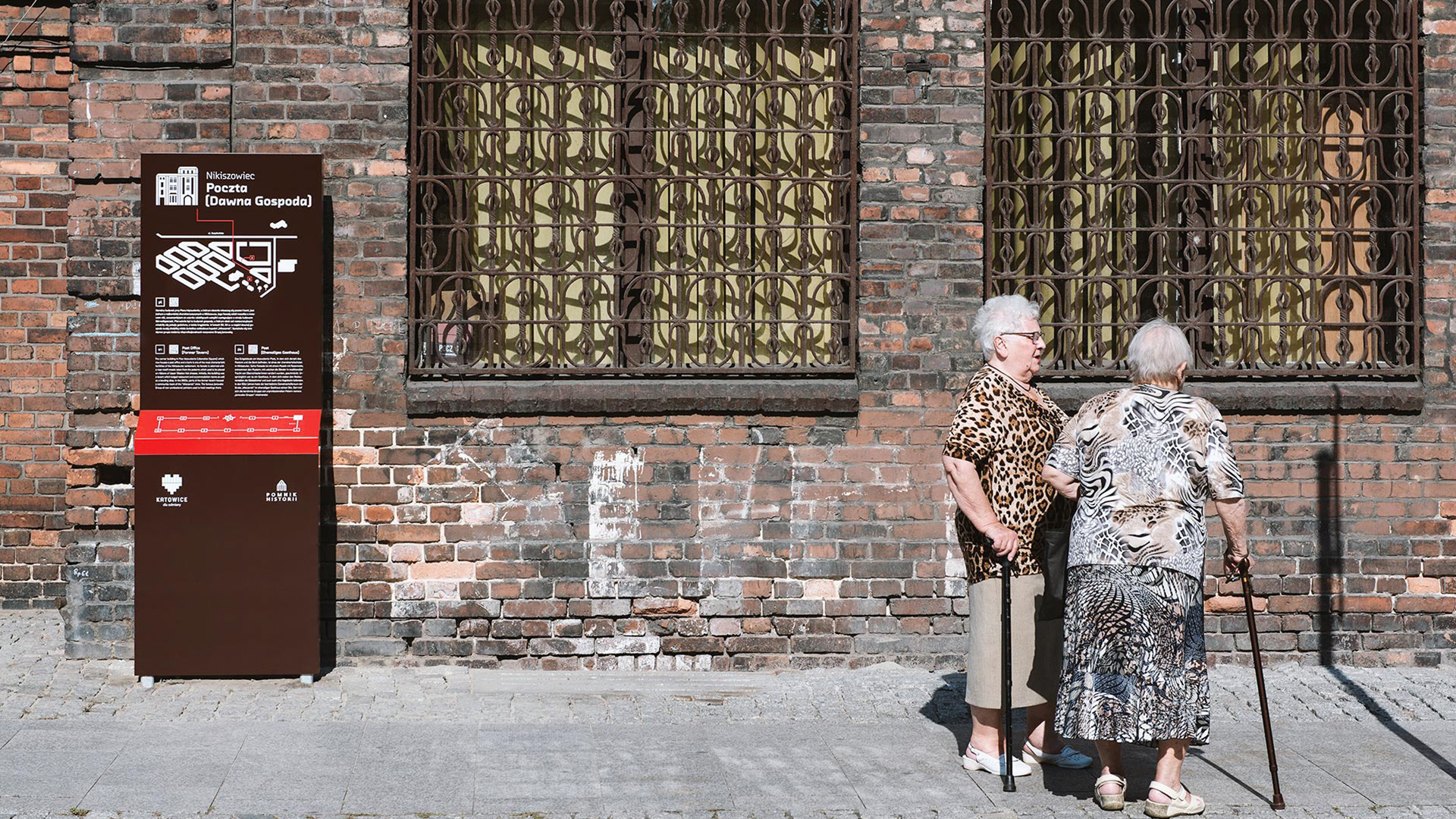 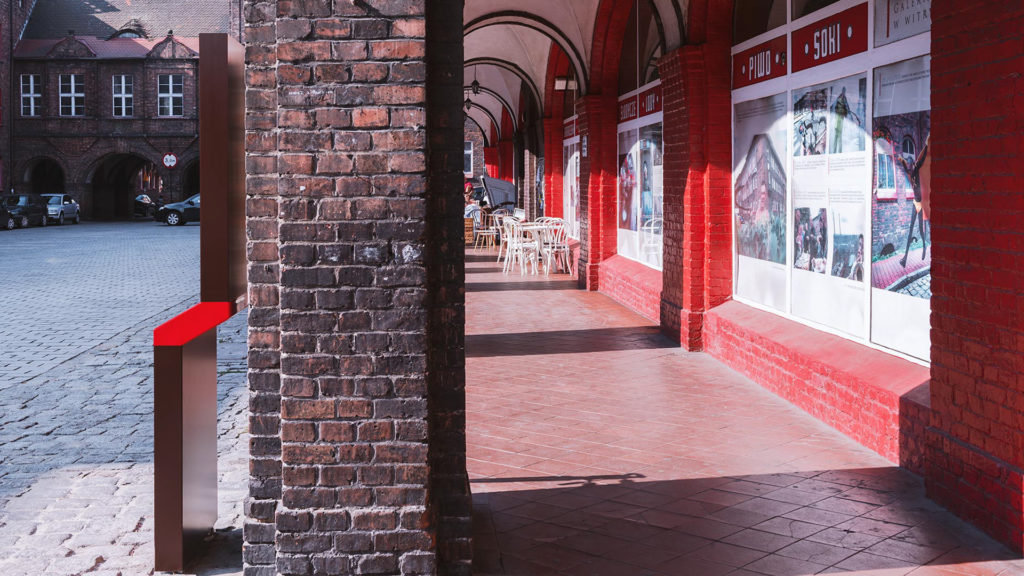 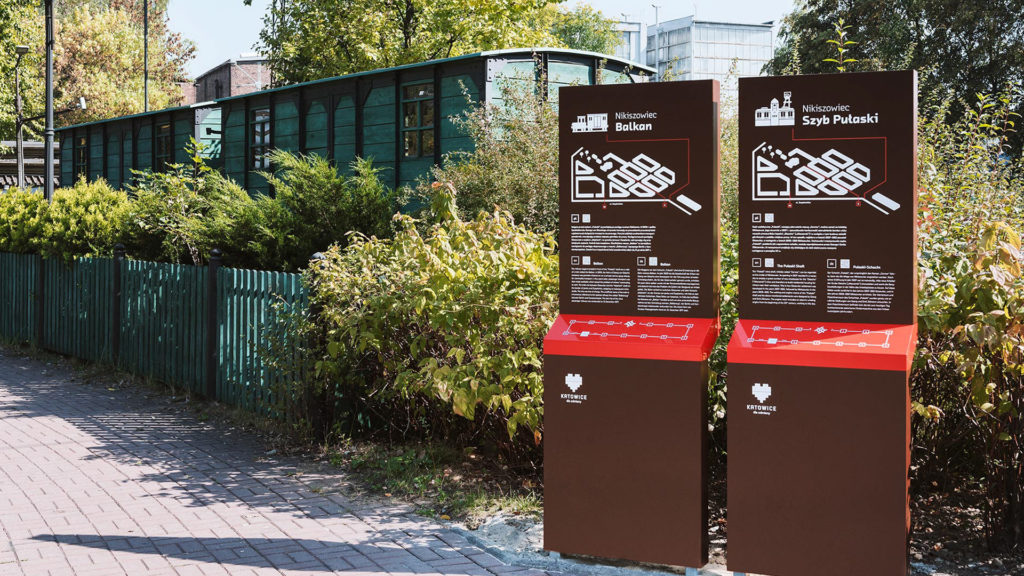 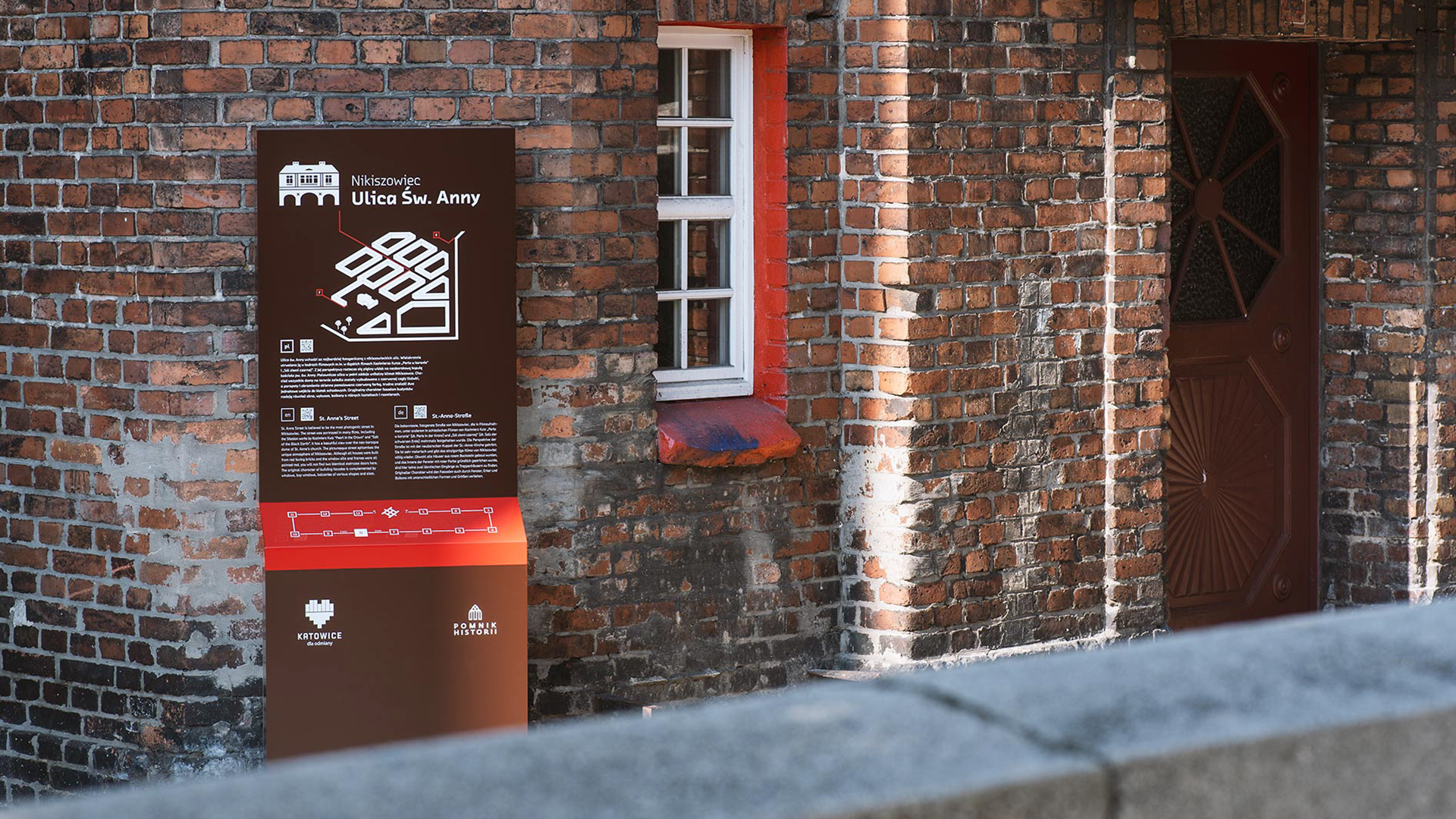 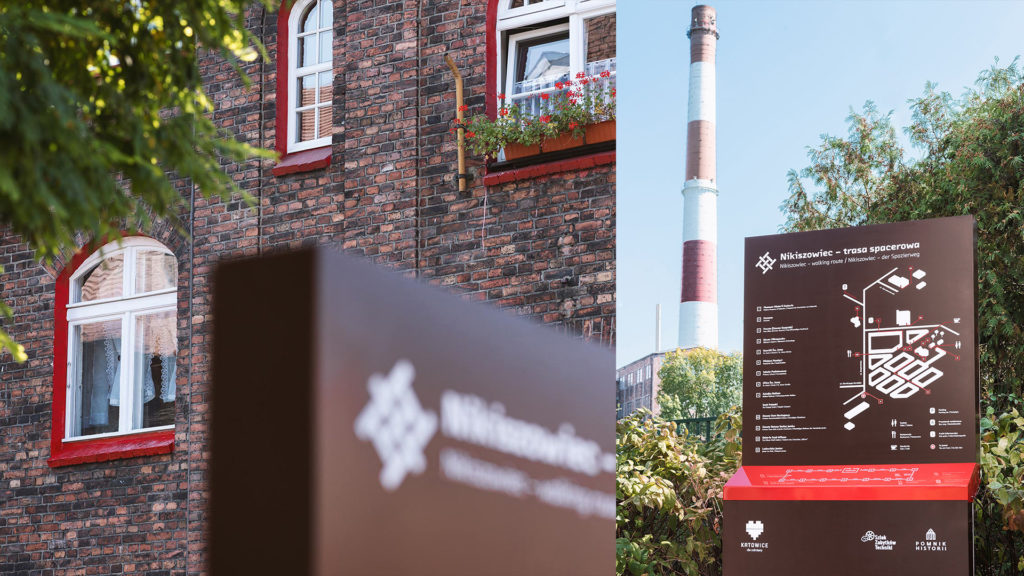 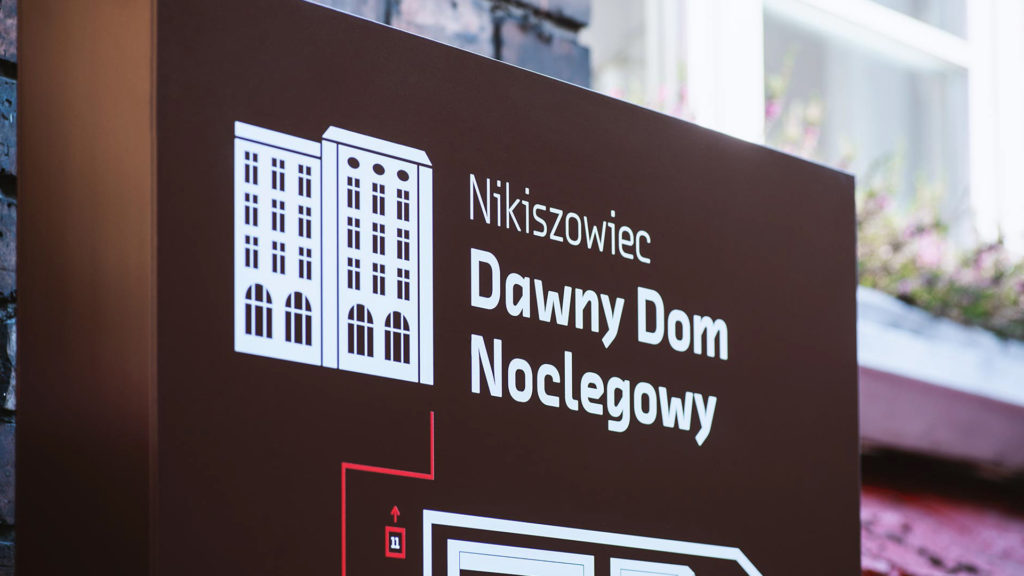